"Sharing a glimpse of the most beautiful day of our lives with all of you," wrote Rajkummar Rao 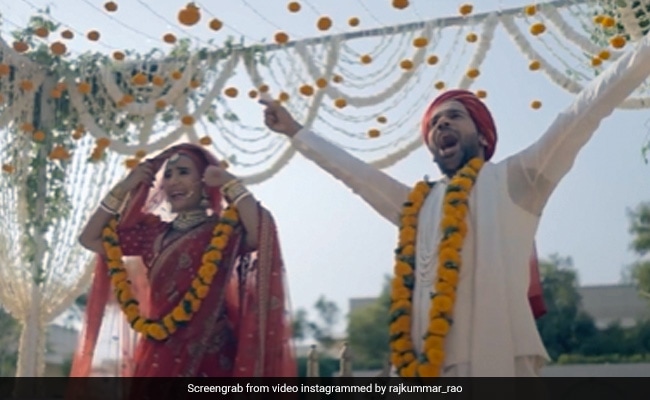 Rajkummar Rao treated us to another beautiful glimpse of his and Patralekhaa's wedding on Sunday evening. The actor posted a video comprising snippets from their wedding day. He can be seen welcoming Patralekhaa to the mandap with a whistle while the actress can be seen applying sindoor or vermilion on the actor's forehead during their wedding rituals in the clip. The couple wore stunning outfits by Sabyasachi on their wedding day. Sharing the video, Rajkummar wrote: "US. Sharing a glimpse of the most beautiful day of our lives with all of you." In the comments section, Preity Zinta wrote: "Aww! Love you both! This is sooo beautiful" while Farah Khan, who attended the wedding in Chandigarh, commented: "Phir se rula diya."

Rajkummar Rao and Patralekhaa got married last Monday. They announced their wedding by sharing stunning photos of themselves from the mandap. "Finally, after 11 years of love, romance, friendship and fun, I got married to my everything today, my soulmate, my best friend, my family. Today there is no greater happiness for me than being called your husband. Here's to forever... and beyond," wrote Rajkummar Rao while Patralekhaa's caption read: "I got married to my everything today; my boyfriend, my partner in crime, my family, my soulmate...My best friend for the last 11 years! There is no greater feeling than to be your wife! Here's to our forever."

Patralekhaa made her debut in Bollywood opposite Rajkummar Rao in CityLights in 2014. By this time, Rajkummar had starred in critically-acclaimed films like Kai Po Che!, Shahid and Omerta.