Trending: A Pic Of Shah Rukh Khan With Jayam-Aarti Ravi At Nayanthara And Vignesh Shivan's Wedding

The picture was shared by Jayam Ravi's wife Aarti on Instagram 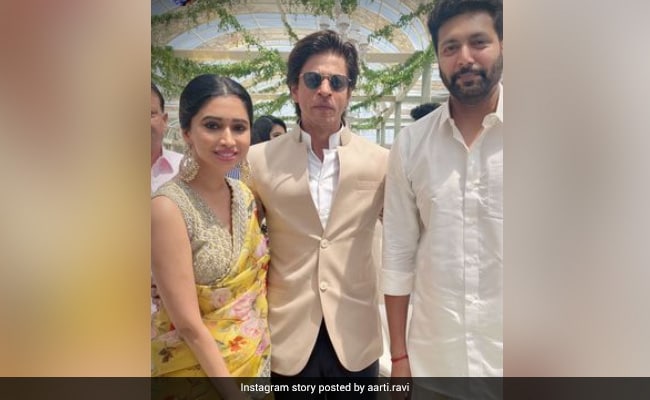 A few days after Nayanthara and Vignesh Shivan's wedding, another picture of Shah Rukh Khan from the festivities has gone viral. In the picture, SRK can be seen posing with actor Jayam Ravi and his wife Aarti Ravi. The picture was shared by Aarti on her Instagram stories on Friday and she captioned it: "From a fan girl to meeting you today." She summed up her fan girl moment with these words: "Such an honour." Shah Rukh Khan will co-star with Nayanthara in Atlee's multilingual project titled Jawan. 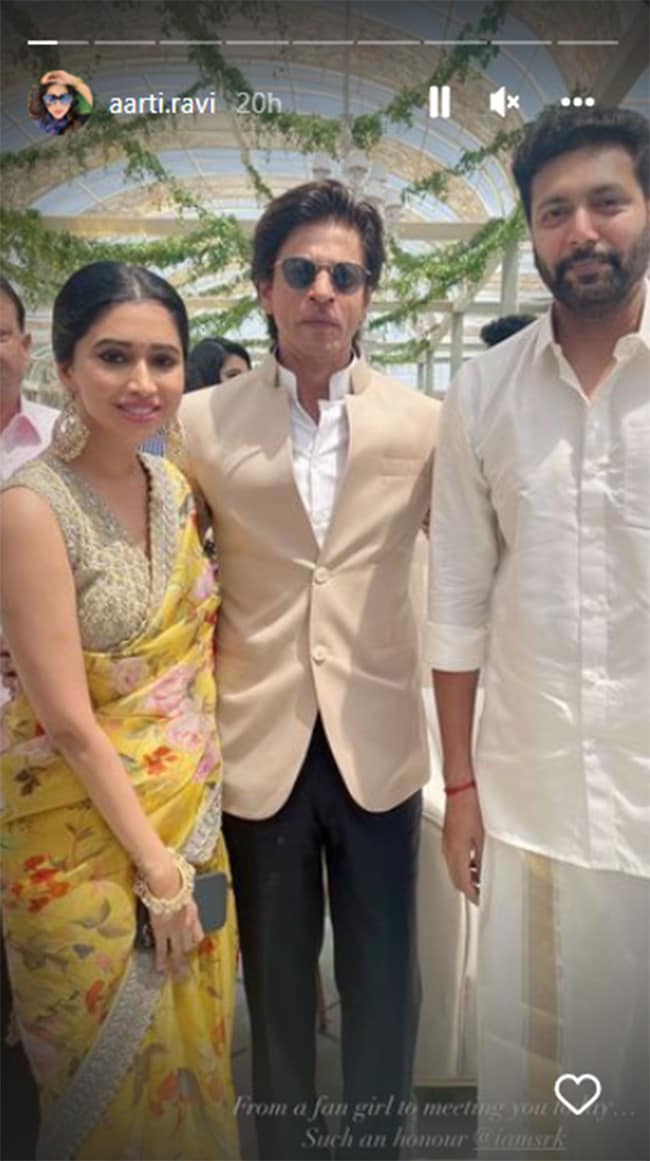 Earlier this week, Shah Rukh Khan's manager Pooja Dadlani shared pictures of him at the wedding venue on her Instagram profile and she captioned the post: "For Nayanthara's Special Day," and added a bride and a ring emoji.

Filmmaker Atlee too shared a picture of himself with SRK and the superstar's manager Pooja Dadlani. "Darling Nayan and Vignesh Shivan's wedding diaries. With Shah Rukh Khan sir chief and Pooja Dadlani," he captioned it.

SRK announced his association with the project with this teaser of Jawan and wrote: "An action-packed 2023! Bringing Jawan to you, an explosive entertainer in cinemas 2nd June 2023. In Hindi, Tamil, Telugu, Malayalam and Kannada."

Shah Rukh Khan, who has been fairly active as a producer in the last few years, was last seen in 2018 film Zero, co-starring Anushka Sharma and Katrina Kaif. He has also co-produced Alia Bhatt's Darlings, which marks her debut as a film producer. He also backed the standalone film on Bob Biswas, featuring Abhishek Bachchan in the titular role, which released last year. He will next be seen in Yash Raj Films' Pathaan and Rajkumar Hirani's Dunki.