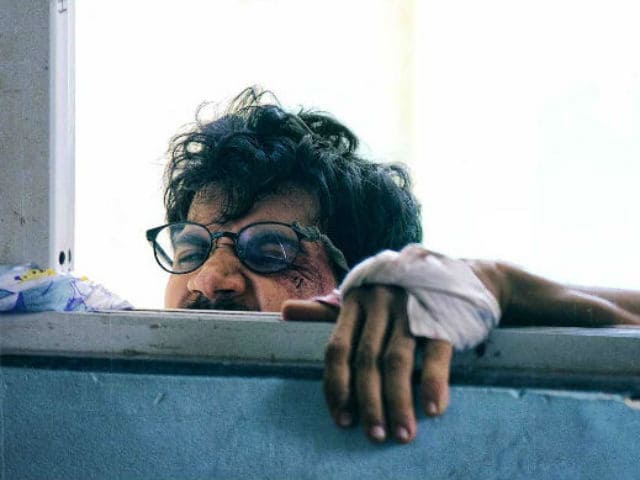 New Delhi: Rajkummar Rao's recent film Trapped, a survival thriller, showed 50% growth at the box office on Sunday, tweeted trade analyst Taran Adarsh. The film which released on Friday has so far earned Rs 1.44 crore. Trapped's Sunday business, as tweeted by Mr Adarsh was Rs 69 lakh. In the film, Rajkummar Rao's character Shaurya is shut in a high-rise apartment in Mumbai without food, water and electricity. The film's plot is based on Shaurya's survival in the apartment. The film was shot in less than a month in Mumbai in 2016. It is directed by Vikramaditya Motwane and also stars Geetanjali Thapa.

In his review for NDTV Movies, Saibal Chatterjee writes, "Rajkummar Rao dazzles in sling-shot taut drama pulled off with applause-worthy, missteps-free aplomb. Scripted by Amit Joshi and Hardik Mehta, Trapped probes the theme of alienation in an unprecedentedly simple and direct manner." He gave the film 4.5 stars out of 5.

During the trailer launch of Trapped, Rajkummar revealed that he survived on coffee and carrots for 20 days for the role. He told news agency PTI, "It was physically and mentally exhausting for me to live in that space for almost 18-20 days, to eat nothing. Trust me, it's scary to hell. If you don't eat for two days you feel so frustrated, angry on everything."

Promoted
Listen to the latest songs, only on JioSaavn.com
After Trapped, Rajkummar Rao will be seen in Newton, Bareilly Ki Barfi and Ittefaq.