Total Dhamaal Preview: Madhuri Dixit And Anil Kapoor Are All Set To Tickle Your Funny Bone

Total Dhamaal will clash with Priyanka Chopra's Hollywood film Isn't It Romantic? at the box office 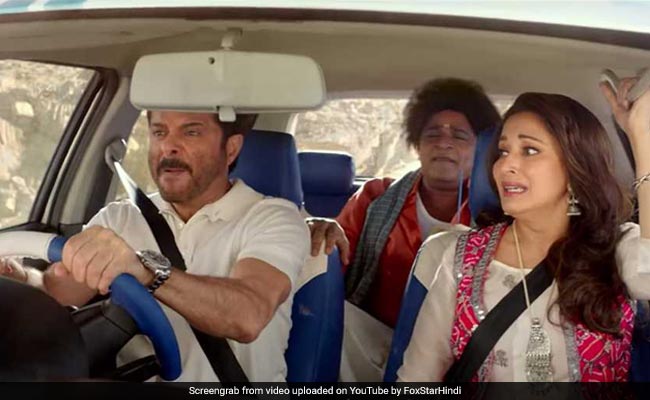 Madhuri Dixit and Anil Kapoor are all set to enthrall the audiences with Indra Kumar's Total Dhamaal, which will open in theaters on Friday. Total Dhamaal, which is the third installment of the comedy series Dhamaal, has been directed by Indra Kumar and it has been jointly produced by Fox Star Studios, Ajay Devgn Ffilms, Ashok Thakeria, Indra Kumar, Sri Adhikari Brothers and Anand Pandit. Just like it's previous parts, the third installment also features Riteish Deshmukh, Arshad Warsi and Jaaved Jaaferi, while Ajay Devgn, Anil Kapoor, Madhuri Dixit, Boman Irani and Esha Gupta are the new additions to the Dhamaal family.

The trailer of Total Dhamaal released last month and it went insanely viral. The trailer has over 58 million views on YouTube as of now. Check out the film's trailer here:

Speaking of his association with the film, Ajay Devgn, in an interview earlier this month, told Mumbai Mirror: "This one had an interesting premise and since the script excited me, I was happy to come on board."

The songs of Total Dhamaal (most of which are the redux versions of old classics) such as Paisa Ye Paisa and Mungda, gained massive popularity among the audiences.

Total Dhamaal went on floors in January last year. The film was earlier stated to release on December 7 but its release got delayed due to some post-editing procedures. The Indra Kumar-directed film will finally hit the theaters on Friday and it will clash with Priyanka Chopra's Hollywood film Isn't It Romantic?, co-starring Rebel Wilson, Liam Hemsworth and Adam DeVine at the box office.