Actor Tom Alter, who was fighting cancer, died in Mumbai on Friday night 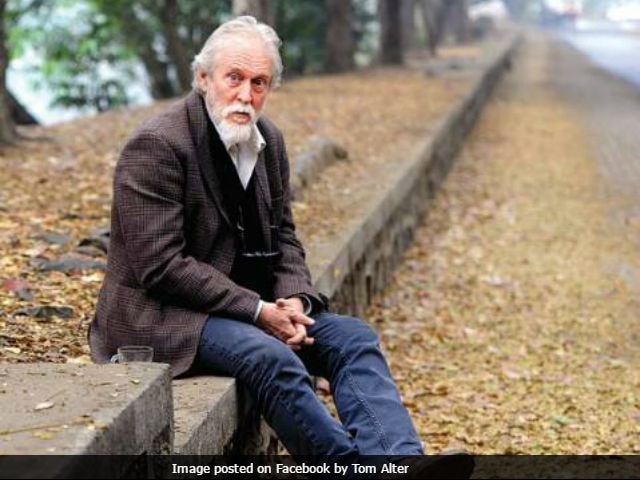 Mussoorie: Mussoorie mourns the passing away of one of her own. Actor, commentator Tom Alter, who was battling skin cancer, took his last breath in Mumbai on Friday night. Born and brought up in Mussoorie, Tom Alter was an inseparable part of the town that saw him grow from a small blue-eyed boy into an internationally acclaimed actor who made it large on the national and international theatre circuit post his Bollywood debut in 1976 with the movie Charas. Mr Alter had worked in over 200 movies and numerous theatre stage shows. He was also an author and commentator.

As the news of his demise spread through his home town, many found it difficult to come terms with the news.

Director Bhargav Saikia, who worked with the veteran actor last year in The Black Cat, a short film, which was based on the writing of Ruskin Bond, reminiscences, 'Mr. Tom Alter was a natural choice for Mr. Bond's character -- directing him was truly an enriching experience.'

Tom Alter's dear friend from his school days, Ajay Mark who met him in Mumbai a week back finds it hard to come to terms with this sad news, 'no matter where Tom Alter was, he made it a point to celebrate Christmas with us, Christmas for us won't ever be the same without him around,' he adds.

Promoted
Listen to the latest songs, only on JioSaavn.com
In 2008, when the sleepy town of Mussoorie received its second Padma Shri Award through Tom Alter, it gave the town ample reasons to rejoice and celebrate their hero's well-deserved achievement. Right from his alma mater Woodstock School to the entire town celebrated the homecoming of one of its accomplished alumni, actor, author, commentator Tom Alter who had added yet another feather to his cap.

Today, a pall of gloom has enveloped his hometown and those who knew him, Tom Alter shall be truly missed in these hills.