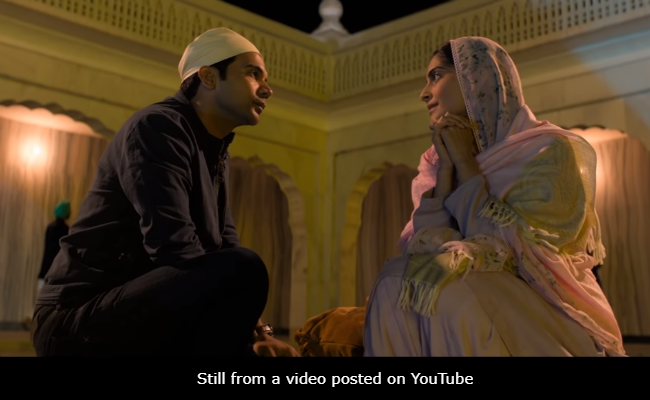 Sonam Kapoor stars in this week's big release Ek Ladki Ko Dekha Toh Aisa Laga, which is not your conventional love story. The story of Shelly Chopra Dhar-directed film focusses on Sweety (Sonam Kapoor), who is in a romantic relationship with a woman. Sweety's story complicates after her family decides to get her married. From the trailer it appears the Sweety's father Balbir Chaudhary (Anil Kapoor) is open to an inter-religion marriage as he's okay if Sweety marries Sahil Mirza (Rajkummar Rao). But the question is, will he accept Sweety's choice? In turn, can Sweety accept her father's affair with the actress in their theatre company?

Ek Ladki Ko Dekha Toh Aisa Laga is touted to be a film on acceptance of unconventional romance.

When asked about playing Sweety in the film, Sonam Kapoor told IANS: "I don't know about bold character but there is one thing that I don't believe in and that's 'labels'. When I decide to do a film or a character, I get encouraged by the fact that nobody else would say yes to it except for me."

"I can only do what I can do. I don't think I am talented enough to do what other people do. So, I am very happy in my space. I am just trying my very best to do what I can do," she added. Sonam Kapoor's last few films such as PadMan and Neerja fared well at the box office and also fetched her critical applause.