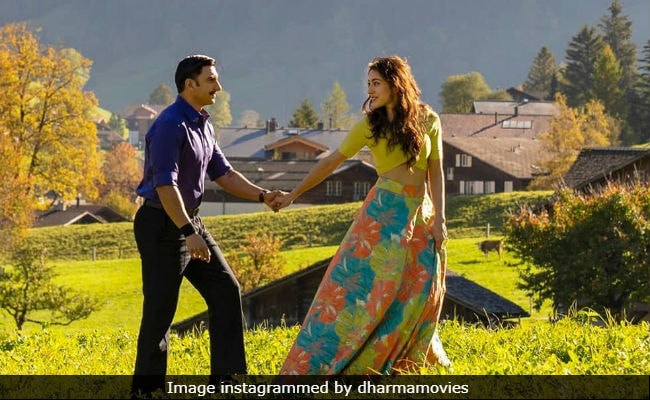 After the power-packed portrayal of Alauddin Khilji in "Padmaavat" at the start of 2018, actor Ranveer Singh is all set to close the year with another energy-infused performance in Rohit Shetty's Simmba, which opens in cinemas today. Simmba is a spin-off (of sorts) of Rohit Shetty's popular Singham series starring Ajay Devgn. In Simmba, Ranveer Singh plays the role of corrupt cop-turned-good cop. As per the film's trailer, Ranveer Singh's character ACP Sangram Bhalerao aka Simmba from Shivgarh (Singham's hometown) is corrupt and has only one aim - to fill his own pockets. Simmba is very clear that he became a cop to help himself and not others (the exact opposite of Singham).

He turns a blind eye towards all the ill deeds carried out by local goon Vikrant Kadam (Sonu Sood) and his men for a fixed price and he is absolutely unapologetic about it. Despite his un Robinhood-like characteristics, for reasons unknown, Simmba is liked by the people of Shivgarh. He gets a blockbuster entry in songs such as Aala Re Aala and Mera Wala Dance.

But Simmba's bubble bursts after an untoward incident and he changes his modus operandi. He is now a good cop who wants to punish the criminals. But it won't be easy because the goons who were once his allies won't easily take Simmba's transformation in their stride.

Watch what happens when Simmba transforms:

For those who just loved Sara Ali Khan in her debut film Kedarnath and hoped to see her in a new film soon, Simmba will be a treat. Sara Ali Khan, as per the trailer, has been cast opposite Ranveer Singh and like in Kedarnath, here too she has a fantastic screen presence. Ajay Devgn also makes a cameo in Simmba as Singham, when out titular character needs him the most.

In case, you're not interested to walk out of the comfort of your home to watch a film, tune into Netflix's latest web-series Selection Day, which has been produced by Anil Kapoor. The show features Rajesh Tailang, Mahesh Manjrekar and Ratna Pathak Shah in pivotal roles. The series follows the life of two brothers who are raised by their cricket obsessed father.

Are you watching Simmba or Selection Day today?