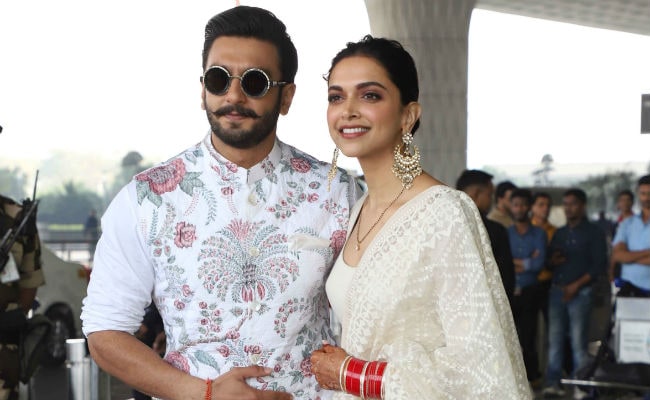 Ranveer Singh and Deepika Padukone got married in November

You came like a #GullyBoy .@RanveerOfficial but turned out you were much more - Bajirao Mastani, & eventually a super cop #Simba. Always a delight to be with you. Next time you are in Raj with @deepikapadukone, people will come with Band Baaja Baraat. @JalorePolice@MumbaiPolicehttps://t.co/hMmghp0Mcp

Simmba, also starring Sara Ali Khan, is Ranveer Singh's last-released film which is running successfully at the box office and Gully Boy with Alia Bhatt hits the screens on February 14. 2015's Bajirao Mastani starred Ranveer opposite wife Deepika Padukone while Band Baaja Baaraat was his debut film, which released in 2010.

Ranveer Singh and Deepika Padukone dated for six years before getting married in Italy in November 2018.

Meanwhile, after Gully Boy, Ranveer Singh will be seen in '83 and Takht. Deepika Padukone recently signed up for a film with Meghna Gulzar, titled Chhapaak.