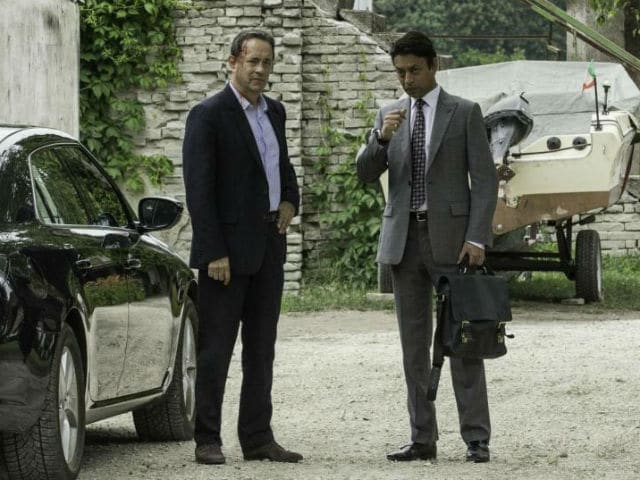 A still from Inferno

At the onset, fans of Bollywood may be disappointed as this Friday brings no major release, but don't fear as India's own Irrfan Khan joins hands with two-time Oscar winner Tom Hanks for the third instalment in the Robert Langdon series by Dan Brown, Inferno.

Directed by Ron Howard, mystery-thriller Inferno sees Irrfan as Harry 'The Provost' Sims, Head of The Consortium, a pivotal role in the film. The trailer, one tailor-made for the Indian audience, we get to see the actor in full throttle, with many twists and turns in the plot.

The film releases in India two weeks prior to its US release, but has already garnered praise for it performances from peers.

Another Hollywood big-ticket film is the adaptation of bestselling thriller The Girl On The Train by Paula Hawkins. With The Devil Wears Prada's Emily Blunt in the titular role, and an ensemble cast with many talented names, this film promises to be as chilling as the book it's based on.

Additionally, Ben Affleck will be seen as The Accountant in the action-thriller of the same name. But you wouldn't want to miss crime comedy Masterminds which has one big comic star after the other - Zach Galifianakis, Owen Wilson, Kristen Wiig, Kate McKinnon, Leslie Jones and Jason Sudeikis.

It's not a complete dry spell for Bollywood, however, as Sunny Leone and Rajneesh Duggal's much-delayed Beimaan Love finally hits theatres. For comedy lovers, you can go for Saat Uchakkey which stars a host of talented names like Anupam Kher, Kay Kay Menon, Manoj Bajpayee, Annu Kapoor, Vijay Raaz and Aditi Sharma. Biopic Anna, based on the life of Anna Hazare, releases with Tanishaa Mukherjee part of the cast.