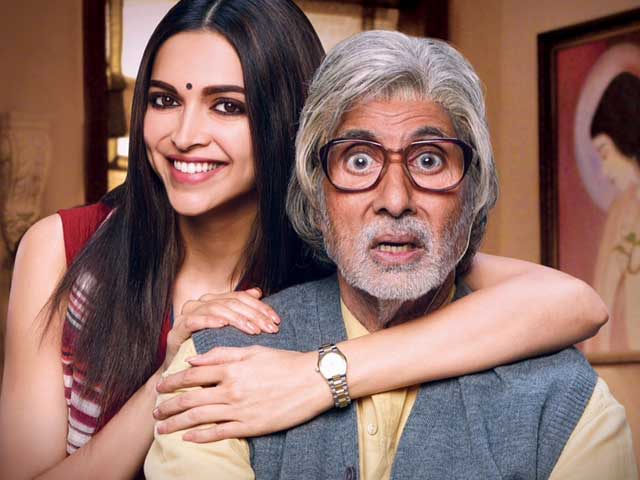 A poster of Piku

Deepika Padukone's first release of the year, Piku, opens today, co-starring Amitabh Bachchan as her cantankerous and annoying father Bhashkor Banerjee. Directed by Shoojit Sircar, Piku focuses on the father-daughter relationship as they embark on a journey from Delhi to Kolkata. Deepika's romantic interest is played by Irrfan Khan, whose character runs a taxi service and ends up behind the wheel for the Banerjees' road trip to Kolkata.

Also releasing today is Sunny Leone's comedy film Kuch Kuch Locha Hai. The film revolves around the story of star-struck fan Praveen Patel, played by Ram Kapoor, who gets to meet his favourite film star in real life. Confusion ensues when he lies about his marital status, among other personal details, in order to woo the film star, played by Sunny Leone. The Devang Dholakia-directed film also stars Evelyn Sharma.

Director Kunal Kohli also makes his acting debut with Phir Se, opposite popular TV actress Jennifer Winget. The romantic film is revolves around a separated couple in London dealing with the consequences of the split. Jennifer makes her Bollywood debut with the film, also directed by Kunal Kohli.

Promoted
Listen to the latest songs, only on JioSaavn.com
For those who like animation, director Paul Tibbitt's The SpongeBob Movie: Sponge Out of Water also releases. The film chronicles SpongeBob Squarepants' mission to find a stolen recipe and save Bikini Bottom from the evil pirate Burger Beard (voiced by Antonio Banderas).