Kalank is the story of Roop (Alia) and Zafar (Varun), whose illicit romance destroys many lives. 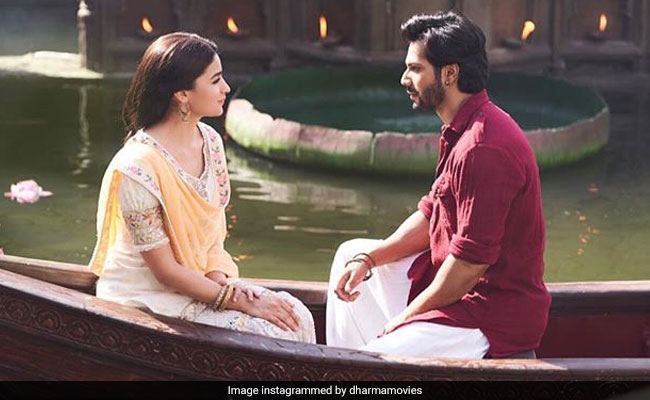 It's Kalank day today! Kalank is the only film arriving in theatres today because of its unique release strategy. Alia Bhatt and Varun Dhawan lead an ensemble cast, also comprising Sonakshi Sinha, Aditya Roy Kapur, Madhuri Dixit and Sanjay Dutt, in the Abhishek Varman-directed film. kalank is a period piece produced by Karan Johar's Dharma Productions and set in the pre-independence era of 1945. Kalank has always remained a special project for Karan as he conceptualised the idea some 15 years ago and it was to be his late filmmaker father's final piece. Kalank is also special for one more reason - Sridevi was supposed to star in the film but after her tragic end, Madhuri Dixit was roped in.

Kalank is the story of Roop (Alia) and Zafar (Varun), whose illicit romance destroys many lives. With Kalank, Dharma has redefined grandeur. Just how huge the scale of the movie is, has often been revealed in interviews by the stars. Madhuri Dixit told news agency PTI: "My next film Kalank is far from simple. The characters are larger than life, there is a lot of angst and there is turmoil. The sets are larger than life."

Meanwhile, this is what Varun Dhawan said in an interview to IANS recently: "I debuted in Student Of the Year, I do not think that anybody would have imagined that I am capable of playing a character like Zafar of Kalank. It took me 12 films to prove my worth and to gain the confidence of producers to budget a film like Kalank."

Meanwhile, Kalank also has appearances by Kriti Sanon and Kiara Advani, who feature in special songs in the movie. Watch the trailer of kalank here. It sent the internet into a meltdown upon release.

So, what are you waiting for? Quickly book your tickets and head to the theatres for Kalank.