"That break in between was good for me because I had a fresh approach to my performance," said Aditya Roy Kapur 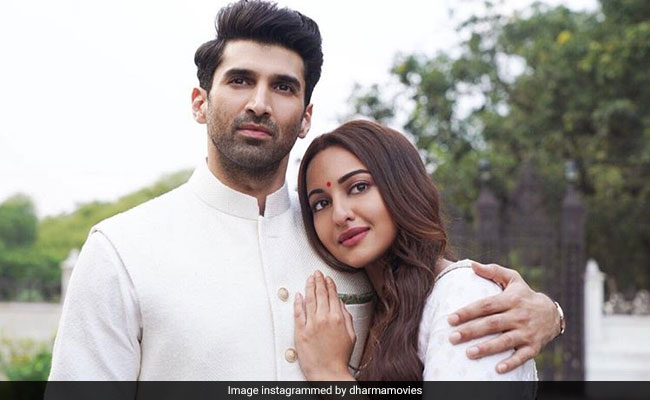 Aditya Roy Kapur in a still from Kalank (courtesy Instagram)

Actor Aditya Roy Kapur, who is awaiting the release of Kalank and is gearing up for two more films, says a break of two years in his career has been good for him to approach his craft better.

"In Kalank, I am playing a character, which is quite strong, quiet a little complex, yet interesting that drew me towards the character when I heard the narration from director Abhishek Varman. It required me to do something. I am the happiest when I am at a film set, so after two years when we started shooting, I was more than excited. That break in between was good for me because I had a fresh approach to my performance," said Aditya Roy Kapur to IANS.

"As actors, when we keep working every day, after a point of time we just know all our emotional cards and how to play them. It becomes a little mechanical because we can combine only that much to bring variety," he actor added.

"However, taking a break offered me new perspectives and perhaps that is why I am so excited now to work in films back-to-back," added the actor, who rose to fame with Aashiqui 2.

Aditya's acting talent and screen presence has always been appreciated, but that hasn't necessarily translated at the box office with releases like Daawat-e-Ish, Fitoor and Ok Jaanu.

Asked about how the business of cinema defines the longevity of an actor's career in Bollywood, Aditya said: "Look, if there is an investment, profit will be counted because that is the rule of business in every industry."

"If I want to be a leading man in a film, box office numbers count because producers have invested money. I see no wrong in that process. Unless we earn money from one film, how will we invest money to make another film? It is a fair game only," he added to his response.

Does the fact that he belongs to a family of film fraternity members, including brothers Siddharth Roy Kapur and Kunal Roy Kapur, and sister-in-law Vidya Balan, does he feel he has the right judgment on a bankable script?

"I wish I had, so that I can choose a script based on its potential business rather than finding interest in stories. As an actor, finding that balance of art and commerce is actually a good quality. But I have observed something in recent past.

"In the last two years, the way the business has changed, the way some of the formula films have flopped and some of the quirky, small budget films have done wonders at the box office, there is nothing called formula film anymore. We cannot read a script and say that 'This is potentially a safe one to invest money in'. Perhaps that is why our film industry is becoming a more exciting place to experiment," he said.