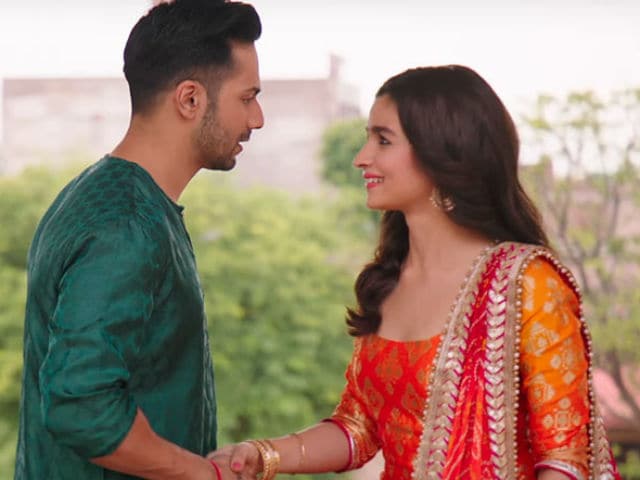 New Delhi: Alia Bhatt and Varun Dhawan's rom-com Badrinath Ki Dulhania releases today, March 10. The film is a sequel to Alia and Varun's 2014 hit Humpty Sharma Ki Dulhania. Varun, 29, stars as Badrinath Bansal, who at heart is a sterling groom and the only woman he wants to make his dulhania is just Vaidehi Trivedi, played by actress Alia Bhatt, 23, but she refuses to consider him a possible suitable boy. Vaidehi the cool college-going girl is unimpressed by the unsophisticated advances of Badri. The film is directed by Shashank Khaitan and is produced by Alia and Karan's mentor Karan Johar's Dharma Productions.


Alia and Varun promoted their new film on a large scale and travelling to cities across the country and made several appearances on television reality shows.

All the songs of the film are already a hit and Tamma Tamma, a remixed version of the Nineties hit song from Madhuri Dixit and Sanjay Dutt's film Thanedaar has topped the chartbusters and has been the talking point of the promotions of Badrinath Ki Duhania.

Of her role, Alia told news agency IANS, "Badrinath Ki Dulhania was challenging because it is (set) in a different place altogether. I am playing a girl from Kota. She is a small-town girl and very different from other characters that I have played. Through such films, you have to make the audience smile and cry at the same time -- that itself is a challenge."

Friday will also witness the release of Hollywood films Kidnap, Kong: Skull Island, Personal Shopper, The Wall and All Nighter.