To Olivia Newton-John, From Grease Co-Star John Travolta: "We Will All Be Together Again"

"Yours from the first moment I saw you and forever," wrote John Travolta 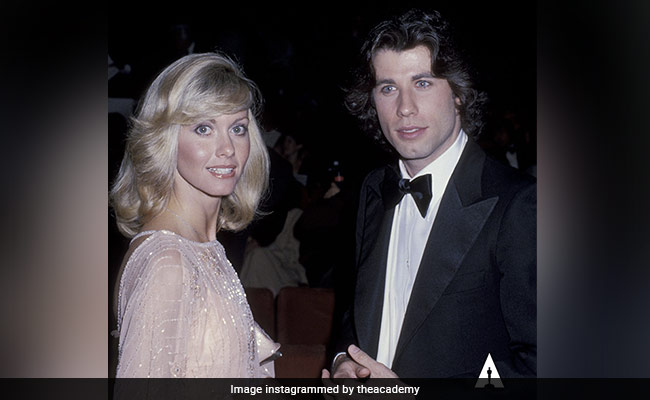 A throwback of Olivia Newton-John and John Travolta. (courtesy: theacademy)

Singer-actor Olivia Newton-John, who famously starred in the 1978 musical Grease, alongside John Travolta as the-girl-next-door Sandy, died at the age of 73 on Monday. The actress' husband John Easterling announced the news of her death in a social media post shared from her profile. The actress was remembered by her Grease co-star John Travolta, who starred as Sandy's love interest Danny Zuko in the film Grease. In his eulogy for the actress, John wrote: "My dearest Olivia, you made all of our lives so much better. Your impact was incredible. I love you so much. We will see you down the road and we will all be together again. Yours from the first moment I saw you and forever! Your Danny, your John."

Stockard Channing, who starred as Sandy Olsson's former frenemy Betty Rizzo, told People in a statement, "I don't know if I've known a lovelier human being. Olivia was the essence of summer - her sunniness, her warmth and her grace are what always come to mind when I think of her I will miss her enormously."

Grease was successful both critically as well as commercially. The film, set in the 1950's, showcased Sandy and Danny's summer love story that translates into a more meaningful one as they navigate through life and the changes that come with it. The dance routines, catchy dialogues, the tracks, especially Hopelessly Devoted to You and You're the One That I Want are loved even today. The film was directed by Randal Kleiser.

Olivia Newton-John's husband John Easterling on late actress' Instagram account, shared a statement that read: "Dame Olivia Newton-John (73) passed away peacefully at her Ranch in Southern California this morning, surrounded by family and friends. We ask that everyone please respect the family's privacy during this very difficult time. Olivia has been a symbol of triumphs and hope for over 30 years sharing her journey with breast cancer. Her healing inspiration and pioneering experience with plant medicine continues with the Olivia Newton-John Foundation Fund, dedicated to researching plant medicine and cancer."

Read the statement shared by

Olivia Newton-John had announced in May 2017 that she was diagnosed with breast cancer. She is survived by her husband John Easterling; daughter Chloe Lattanzi.