Actress Shruti Seth teased Tillotama Shome and wrote, "How can you resist?" 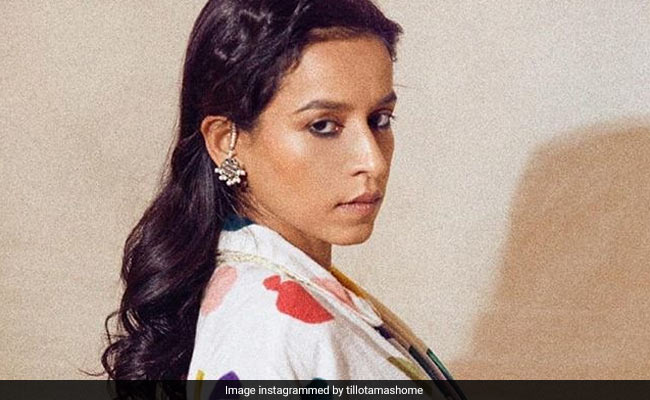 Actress Tillotama Shome found a spot on the list of trends after she shared a screenshot of a wedding proposal she got from an Instagram user. The Instagram user sent Ms Shome a direct message on the social networking site and described himself as a "virgin and vegetarian guy" who is willing to undergo "lie-detector test, narco-test and brain mapping test." Ms Shome shared the screenshot and wrote, "Ye kaisa shakahari mazak hai bhai? No thanks. Bye bye... Tata bata alvida." In the comments thread of Ms Shome's post, writer actress Eisha Chopra said, "I got the same one." Actress Shruti Seth teased her, "How can you resist?" while others added ROFL emoticons.

Tillotama Shome made her big screen debut with Mira Nair's Monsoon Wedding and she followed it up with movies such as Shanghai, Qissa: The Tale of a Lonely Ghost, Children Of War, Budhia Singh - Born to Run, Hindi Medium and Kadvi Hawa. She was last seen in Angrezi Medium. She was praised in international film circuits for her performance Qissa, in which she played the role of a girl raised as a boy.

Before working in films, Tillotama Shome was a theatre artiste and a part of Arvind Gaur's Asmita theatre group. She moved to New York in 2004 for a two-year course in educational theatre.