Tiger Shroff's "Kind Of Music" Is High Octane Just Like Him 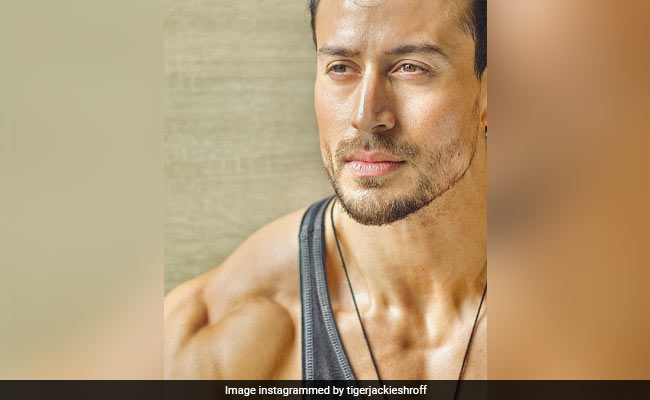 Tiger Shroff never ceases to amaze us with his brilliant action-packed stunts. The actor often posts videos from his high-octane workout sessions involving complex backflips, high jumps, and aerial kicks. On a fine Monday morning, the actor blessed our Instagram feed with a throwback video of himself from a training session. In the clip, shared on Instagram Stories, Tiger Shroff aims and kicks his targets with great precision leaving his team in complete awe of his skills. Along with the clip of the 4 for 1 aerial kick, the actor wrote, “My kind of music.”

This isn't the first time that the action hero has shared a video from his training sessions. Last month, the Heropanti actor  uploaded a jaw-dropping clip in which he is seen kicking a block mid-air. The clip spread like wildfire on the Internet and we aren't surprised. Tiger Shroff's friends from the industry made a bee-line to the comment section to express their excitement. One of the first comments came from his rumoured girlfriend, actress Disha Patani, who wrote, “wowww".

Then we have another video in which Tiger Shroff is seen pulling off a 153 cm high jump with utmost ease. He dedicated it to India cricketer Shreyas Iyer. In the caption, the actor wrote, “Shreyas Iyer, bro this one's for you...153 cm.” To which, the batsman replied, “Tiger Shroff on the prowl! Well done buddy. Will compete with you when I'm back.”

The actor will next be seen on the silver screen in Heropanti 2 alongside his Student Of The Year 2 co-star Tara Sutaria. The movie is directed by Ahmed Khan. Tiger Shroff made his debut with the first instalment of the franchise, Heropanti, opposite Kriti Sanon.