Major portions of the film were shot last year 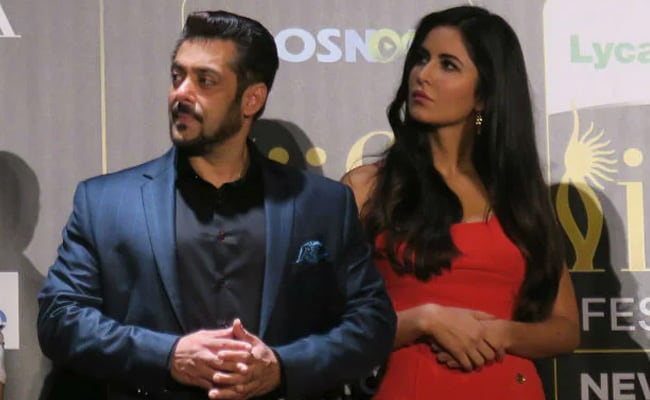 A throwback of Salman Khan and Katrina Kaif.

In the wake of the rising COVID-19 cases, the makers of Tiger 3, starring Katrina Kaif and Salman Khan, have decided to shift the film's Delhi schedule, which was supposed to begin on January 12, news agency ANI reports. A source close to the project stated, "The time is not conducive to plan big outdoor schedules. Omicron threat is real and it is only wise that the makers are choosing to be cautious at this sensitive time. The intense 15-day schedule, which was expected to begin on January 12th, stands postponed as of now, given the surge of coronavirus cases across India, including New Delhi. This schedule will now be planned and executed at a later stage," reported ANI

Major portions of the film were shot last year in Russia, Turkey, as well as Austria. The film, which is being directed by Maneesh Sharma, also stars Emraan Hashmi.

Salman Khan introduced Katrina Kaif in Bollywood and the duo have co-starred in films such as Ek Tha Tiger, Tiger Zinda Hai, Maine Pyaar Kyun Kiya and Partner among others. Salman Khan even made guest appearances in several films which featured Katrina. The duo were last seen together in the 2019 film Bharat.

Katrina Kaif was last seen in Rohit Shetty's cop drama Sooryavanshi, alongside Akshay Kumar. She will also star in Phone Bhoot with Siddhant Chaturvedi and Ishaan Khatter. The actress will also feature in Jee Le Zaraa with Priyanka Chopra and Alia Bhatt. The film will be directed by Farhan Akhtar and it will be written by Zoya Akhtar and Reema Kagti.

Salman Khan is currently seen as the host of the TV reality show Bigg Boss 15. The actor was last seen in the film Antim, directed by Mahesh Manjrekar, which also featured Salman Khan's brother-in-law Aayush Sharma (married to Arpita Khan). He also announced the second installment of Bajrangi Bahaijaan.