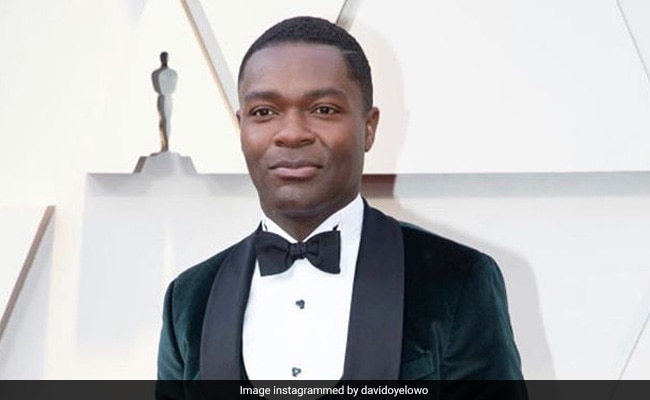 Actor David Oyelowo made his directorial debut with The Water Man.(Image courtesy: davidoyelowo)

Owing to its considerably curtailed size, the Toronto International Film Festival (TIFF) had much fewer 'Discovery' titles this year than usual. But for those looking to unearth gems from first-time directors, there was an exciting enough raft of debuts to savour, led by Regina King's 'One Night in Miami....' One of the best-reviewed films of the festival. On this list of seven new directors that we would love to see more of, as many as five are women and three are actors who have gone behind the camera to reveal another side of their creativity.

The Nigerian-origin British-American actor David Oyelowo's directorial debut, The Water Man, which screened at the 45th Toronto International Film Festival (TIFF) as a Special Event, is marked by fairy tale-like simplicity and a deep sense of humanity. Co-produced by Oprah Winfrey's Harpo Films and Shivani Rawat's New York-based Shivhans Pictures, the family drama is cast in the classic mould. It hinges on a sensitive, artistically inclined boy (Lonnie Chavis) whose mother (Rosario Dawson) is seriously ill. He dotes on his mom but isn't particularly fond of his dad, played by Oyelowo himself. One day, the boy disappears into a forest in search of the Water Man, a shadowy figure who is believed to possess the power to ensure immortality. The Water Man celebrates the power of innocence, hope and "the blessing of loving each other every day that we have". Oyelowo (who played Martin Luther King Jr in Ava DuVernay's Selma and the Ugandan chess coach in Mira Nair's Queen Of Katwe), decided to helm The Water Man when the original director withdrew at the eleventh hour. With everything else in place, The Water Man simply had to be made. There is nothing in the film though to suggest that it has been steered by an accidental director.

Screened as a work-in-progress in TIFF 2020, Halle Berry's first film as director, Bruised is set in the world of mixed martial arts (MMA). The Oscar-winning actress, pretty much like David Oyelowo in the case of The Water Man, took the reins of the film after all other options were exhausted. Bruised tells the story of a past-her-prime MMA fighter who has to return to the thick of the action in quest of redemption as a professional and a mother. The character is right up the Oscar-winning actress' street. Berry has built a thriving career around fractured women fighting to stay on their feet through thick and thin. Both as actor and director, she brings great heft to this story of a woman who chins up in the face of obstacles and keeps going. The film, whose post-production was slowed down by the pandemic, has swung a deal with a leading streaming platform and should be available to viewers worldwide soon.

First-time writer-director Cathy Brady, who has short films and television outings behind her, provides a refreshingly feminine coating to an intense drama involving two troubled siblings who reunite in a Northern Ireland town. Such tales usually revolve around grouchy, violence-prone young men. Wildfire is all about two women. One of them takes a ferry across the Irish sea to meet her married sister. Once reunited, the pair find themselves dealing with memories of past traumas and worsening mental turmoil. The film is dedicated to Nika McGuigan, who delivers a soul-singeing performance, as the impulsive homeless woman. She succumbed to cancer after production wrapped last year. The other sister is played equally powerfully by Nora-Jane Noone. The backdrop of Northern Ireland's blood-soaked political history takes on an urgency given the current wave of its vexed relations with the United Kingdom. Cathy Brady is clearly a filmmaker to watch.

Twenty-year-old Suzanne Lindon, daughter of French stars Vincent Lindon and Sandrine Kiberlain, demonstrates impressive writing and directing skills in this delectably tremulous romance involving a 16-year-old student bored with her peer group, and a 35-year-old theatre actor tiring of a role that he plays every evening. The debutante does go wrong in casting herself as the protagonist, but Arnaud Valois, the lead of the 2017 film 120 BPM, delivers a measured performance. The manner in which Lindon orchestrates the tender moments between the two principal characters suggest a keen, mellow sense of the effects of an improbable love, inevitable heartbreak and the pangs of waking up to reality. A very French film made by a director who brings a delicate touch to bear upon a difficult theme.

Wang Jing, The Best Is Yet To Come

Chinese auteur Jia Zhangke's assistant on films such as A Touch Of Sin, Mountains May Depart and Ash is Purest White, debutant Wang Jing delivers a wonderfully crafted character study that is also a perceptive account of journalism in China. The film, produced by Zhang-ke and lensed by his director of photography Yu Lik-wai, tells the story of a high school dropout who relocates to Beijing hoping to find a toehold in the media industry as a reporter and writer. He lands the job of an intern in a mass-circulation newspaper, and after a report on a mine disaster in Shanxi, he stumbles upon an illegal blood trade that, while promising to give his fledgling career boost, opens a can of worms on the professional and personal fronts. "Emotions don't make up the news, only facts do," a senior tells him. Finding the balance between the two is the challenge the young man has to face. Wang Jing is up to the task of depicting the struggle in a way that is both deeply affecting and technically proficient.

The Rome Fine Arts Academy-trained Farnoosh Samadi's debut feature 180◦ Rule presents a strong female protagonist who, unfortunately, has to pay the price of being self-willed in a conservative society. Samadi's short film The Silence (co-directed with Ali Asgari) was in Competition in Cannes in 2016. She also co-scripted Asgari's first feature Disappearance, which was developed in the Cinefondation Residence. Her first narrative feature, despite its inconsistencies, offers glimpses of Samadi's grasp over the medium and her understanding of the place of women in Iran. A married woman, behind her husband's back, visits a family wedding, where a tragedy turns her life upside down. She makes wrong choices as she desperately tries to cover her tracks. The film evokes empathy but does not satisfy the audience's desire to see the woman wriggle out of a tight spot. Isn't that often the plight of women who dare to be themselves?

Nora Martirosyan, Should The Wind Drop

Screened as part TIFF Industry Selects, the Yerevan-born French-Armenian artist Nora Martirosyan's first feature, which bears the Cannes 2020 official selection stamp, makes a strong impact with its understated but hugely effective storytelling. The screenplay (jointly written by Martirosyan and novelist Emmanuelle Pagan0) follows Alain, an international auditor who arrives in a south Caucasian republic to inspect the local airport and clear it for reopening. The engineer must enlist the help of Edgar, a local boy who runs a makeshift business at the airport, as he goes about extending all the assistance that the remote region needs. The role of Alain is played by French star Gregoire Colin. Martirosyan has an artist's eye for detail and a self-taught filmmaker's spontaneous flair.