Thugs Of Hindostan:John Clive is the latest character to be introduced as the villain of the film 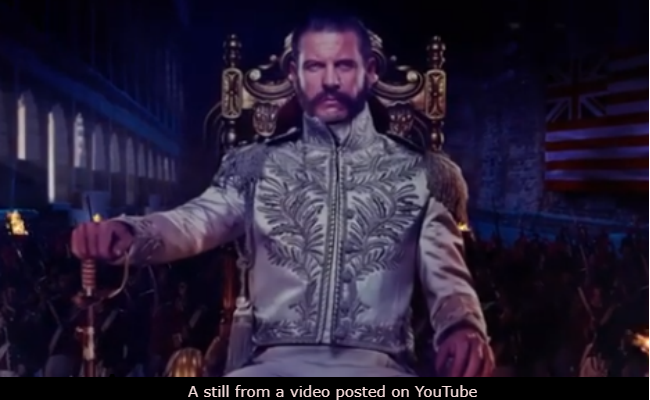 Introducing John Clive, 'loving, caring, non-violent, generous' and Aamir Khan's 'idol.' Aamir's words, not ours - but he's just kidding, guys! Sarcasm alert. Lord John Clive - not to be confused with the real life Robert Clive in any way - is the latest Thugs Of Hindostan character to be introduced and, as the villain of the piece, he is the exact opposite of all of the above. In fact, John Clive is commander of the East India Company forces and, as is evident from his order to his troops to fire (watch the motion poster below), he is as cold-bloodedly ruthless as Lagaan's Captain Andrew Russell and far deadlier, given the firepower under his command. Here's Aamir Khan's post introducing John Clive, played by British actor Lloyd Owen.

John Clive... not to be confused with Robert Clive... as you can see he is one of the most gentle and kind souls. Loving, caring non violent, and generous.My idol ! #JohnClive #ThugsOfHindostan | @yrf | @tohthefilm | @amitabhbachchan | @katrinakaif | @fatimasanashaikh | @lloydowenofficial

Thugs Of Hindostan has upended the Internet this entire week with introductions of the lead characters of the film. So far, we've met Amitabh Bachchan's Khudabaksh - the 'biggest thug of all,' as Aamir put it - and Fatima Sana Shaikh's archer Zafira, apart from John Clive now.

Next up, and we don't know when this will be, are the characters played by Katrina Kaif and Aamir Khan.

Thugs Of Hindostan, produced by Yash Raj Films and directed by Vijay Krishna Acharya, is based on an early 19th century bestselling novel about the Kali-worshipping Thuggee or Thug cult, a subject that has been tackled often by Hollywood in films such as Gunga Din and Indiana Jones And The Temple Of Doom. Historians says the traditional representation of Thugs as a gang of murderers might not be entirely accurate - Thugs Of Hindostan, possibly the first mainstream Bollywood film to adapt a Thug story for screen, might do some work undoing this.

Thugs Of Hindostan will release on November 8.