Throwback To When Amitabh Bachchan Played Cricket On Mr Natwarlal Set. But The Bat Was... 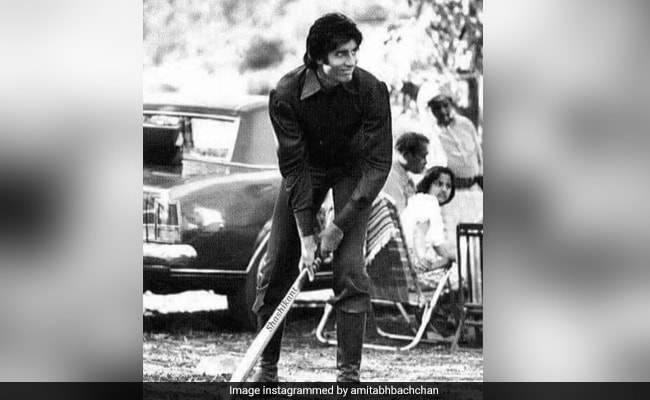 Amitabh Bachchan, on Thursday, made a trip down memory lane and shared a throwback photo from his 1979 film Mr Natwarlal. Directed by Rakesh Kumar, Mr Natwarlal also starred Rekha and late actors Ajit Khan, Amjad Khan. The film, inspired by notorious conman Natwarlal, was a blockbuster and Amitabh Bachchan played the titular role. Sharing a photo from the time when he was shooting for the film on location, Amitabh Bachchan wrote: "Cricket on location... while the shot is getting ready... Mr Natwarlal shoot in Kashmir... I think... balla zara chhota pad gaya."

Amitabh Bachchan's Instagram feed is filled with throwback pictures from his family album or films. Like on National Sports Day, Big B shared this epic blast from the past featuring himself, wife Jaya Bachchan, his son Abhishek and daughter Shweta.

Big B was last seen in Chehre, co-starring Emraan Hashmi. Last year, he featured in Shoojit Sircar's Gulabo Sitabo, in which he co-starred with Ayushmann Khurrana.