Three Billboards Outside Ebbing, Missouri Movie Review: Frances McDormand is phenomenal in this film about a mother hunting for accountability. 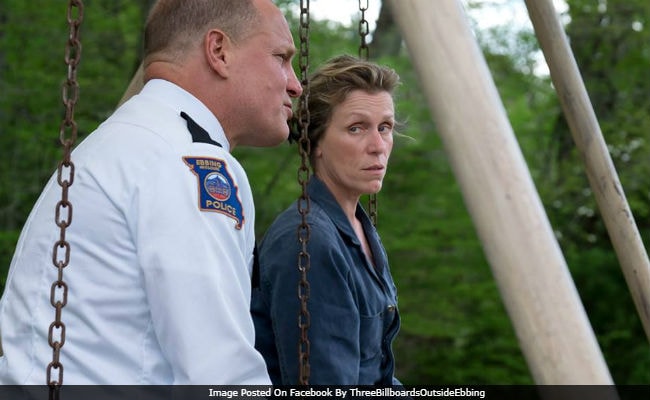 What do you see when you see the back of a billboard? It appears bleak, devoid of colour and light, but holds also promise: the front could be bright and vivid and witty, and you won't know what it holds till you stand on the other side. I used to work in advertising many years ago, and driving by a billboard always fills me with curiosity about what it may hold: banality or brilliance.

The billboards rented out by Mildred Hayes, overall-clad angry lady in a small Missouri town, need no wordplay to be effective. Spread across three signs, the words say "Raped While Dying," "And Still No Arrests," and finally, pointedly, "How Come, Chief Willoughby?". They appear simple, but are improbably well-designed signs: big black words placed against an accusatory red backdrop, in giant letters that wisely refrain from being much larger than they could, simply to allow the words enough negative space to breathe. Like Martin McDonagh's new film, these are impossible to ignore.

Three Billboards Outside Ebbing, Missouri opens with Mrs Hayes renting the signs, and they work instantly, bringing the aforementioned Chief Willoughby right to her doorstep. She wants reparation for her victimised daughter, and we are conditioned to expect a wily, unhelpful Willoughby. What we get is a warm man, loved and embraced by the community, who makes ribald Oscar Wilde jokes with his wife, tells his men to be good cops and tries to help Mildred see that sometimes, some cases simply don't have leads.

Mildred, however, is low on sympathy. Steely of eye and stony of jaw, she would prefer that every man in America have his blood forcibly drawn in order to find a match for her daughter's assailant. She is unyielding, till - in one of the year's most startling on-screen moments - the blood she is baying for falls upon her face. The terminally ill Chief Willoughby has coughed, mid argument, and Mildred's face is suddenly freckled with red, immediately reducing this cop to profuse apology and this accuser to caring. He says he didn't mean it and she says she knows, and can't help calling him 'baby.' 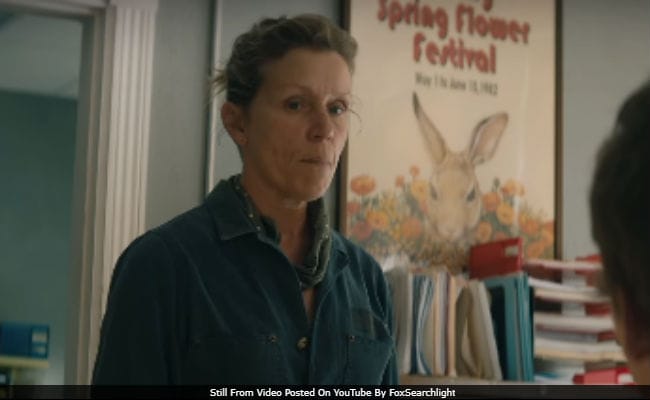 If anything, Mildred Hayes is all heart. And that, as this film illustrates, might not be a good thing.

Look, for instance, at Jason Dixon, the most bastardly and loathsome police officer you can imagine. Here he is at home, sitting with his mother, laughing and teasing her at the thought of watching yet another Donald Sutherland movie. This man is an unchecked racist, accused of being goaded into his behaviour by his mother, and despite him being normally unapologetic about 'beating up the blacks' but feels the need to lie about his mother's bigotry. He is compelled to conjure up disapproval that never was, because he thinks that's the way it should be.

McDonagh's film is a difficult one, with intricately off-balance characters who refuse to be easily labelled. The morality in the film is far from absolute. A character's change of heart can be wrongly described as redemption but happens to be, like all these characters, an arc made out of desperation. The moral greyness and complexity in this film is haunting, and, in many ways, resembles the nihilism of the Coen Brothers films. A dwarf chooses to hold a ladder because, he says, "it takes me out of myself." This is a film about people doing anything they can in order to cope.

Frances McDormand plays Mildred Hayes with the energy of a stick of dynamite that needs to be doused for its own sake. She's flammable and fierce and yet, when she shrugs her jowls during a conversation about futility - that she has with a deer - she's fragile. In private, anyway. Mildred Hayes is like a tired prize-fighter, holding on to the other boxer, holding on to the fight itself, so she doesn't fall down. She can't afford to. It is a mighty, mighty performance.

Woody Harrelson brings his folksy affability to the part of Chief Willoughby, a non-showy part that he renders unforgettable. Harrelson has a great, underrated gift for authenticity, making characters he plays appear warm-blooded and real, like there is more to them than the film shows us on the surface. Sam Rockwell is explosive as the scoundrel Dixon, hiding the infectiousness of his smile behind this sickening character. Dixon is an idiot - the most dangerous kind of villain - and Rockwell lets us into his slow, unpredictable thought process, giving us all food for thought.


Promoted
Listen to the latest songs, only on JioSaavn.com
McDonagh, an Irish playwright who directed In Bruges and Seven Psychopaths, excels in making us laugh in the most grim of situations, though the attempts sometimes feel too forced in this, clearly his darkest film. Mildred Hayes is an exceptionally well-written character, while all the young girls in the film seem overcompensatingly air-headed. Also, for a film that wants us to consider racism and police brutality, the black characters are mostly positioned merely as triggers. A lot of this, however, can be overlooked because of the film's unexpected depth and the strength of its performers, and when I see Dixon trying to show-off and throw a cookie in the air - and miss - it makes up for how constructed and contrived the film actually is, underneath the coats of brilliance. "Almost got it."

Three Billboards Outside Ebbing, Missouri is eventually a film about the need to point fingers. Mildred Hayes is out there hunting for arrests, hunting for someone to blame for an unthinkable, unjustifiable tragedy. At one point in the film, a character - unexpectedly - uses the word 'begets' correctly, as in "violence begets violence," and that momentary lapse of stupidity is enough to protect her from wrath. The difference lies all in an instant. We can put up the labels on giant billboards - Good, Bad, Ugly, Guilty - but we only ever make our minds up as we drive past them, deciding along the way. This film is about reading between the signs.