Thor: Ragnarok is a rollicking superhero comedy and, quite honestly, one of the funniest films of the year. The film satisfies on every level. Would you worship a god or a rockstar?

Marvel Studios and DC Comics approach comic book movies very differently, and the finest analogy I found was in an essay that argues how DC positions superheroes like gods: larger than life, philosophically flawed, creatures of hubris too gigantic for ordinary people to comprehend (or to laugh at). Marvel, meanwhile, treats its heroes like rock stars: arrogant and brash and sartorially outstanding, a quip eternally at the ready. They're all about cool.

What, then, does Marvel do with a superhero who happens also to be a god? Thor, modelled on the Norse god of thunder, has always been a comic book oddity, an otherworldly warrior who speaks in archaic dialogue written in a curlier and more elaborate typeface than those around him. This allows storytellers to weave epics both grander and sillier, leading to visually stunning realms and splash-pages, as well as gloriously nutty stories like that time Thor was turned into a tiny frog named Throg.

Once upon a time, the only rock band in the world every single human looks up to, found themselves performing in Iceland. They wrote a great wailing song about Vikings, about a land of ice and snow and about a certain legendary hammer. After all these years, not just does that Immigrant Song by gods Led Zeppelin find its way into a Thor movie, but - thanks to the brilliance of repeated usage - it becomes an anthem for the hammer wielding hero. Hail Lord Waititi. 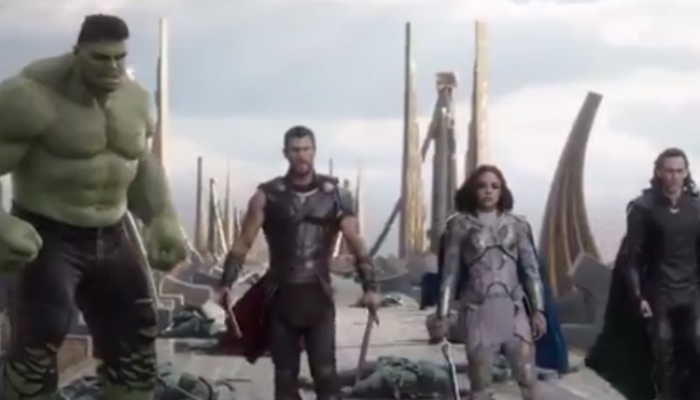 Thor: Ragnarok Movie Review: A still from the movie.

Waititi, of course, ought be hailed regardless of super heroics. The New Zealander is a highly distinctive filmmaker with a fantastically oddball oeuvre, highlighted by What We Do In The Shadows, a vampire mockumentary that, quite simply, turns it up to eleven. What he does with Thor: Ragnarok is gobsmacking. He looks past the obvious faux-Shakespearian aspects of the character and his world to focus on the colour of Thor's lustrous hair and the plain fact that gods can be stupid.

Ragnarok embraces the comedy at the core of the preposterously posture-heavy superhero genre, and reminds us that men who fly around in cloaks and tights are there to be snickered at, regardless of mythology and budget. This is a film that worships at the altar of the weird, celebrating the far-out art of comic book visionary Jack Kirby alongside the eccentric stylings of Jeff Goldblum. On Sakaar, a planet Kirby may well have storyboarded, Goldblum plays a character called the Grandmaster who wears a golden dressing-gown, has a fluoride-blue goatee and - as befits all flashy Grandmasters - knows his way around a turntable. 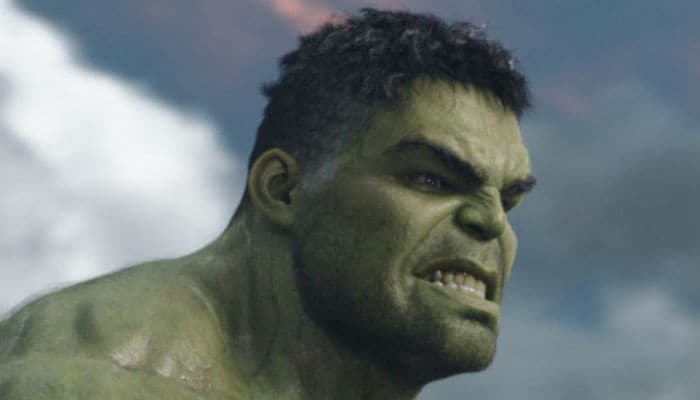 Thor: Ragnarok Movie Review: A still from the movie.

Thor, lost in space without hammer to hold and sibling to spar against, wakes up on Sakaar and is given a little introduction to the Grandmaster - set to the 'Pure Imagination' theme from the 1971 Willy Wonka And The Chocolate Factory - before he meets the genuine article in all his Goldblumage. The Grandmaster collects fighters from around the universe to pit them at each other like gladiators, and his planet contains a Mount Rushmore like tower of faces featuring his best-ever winners: Beta-Ray Bill is up there, while one head, currently under construction, happens to look a bit like Mark Ruffalo. Uh oh.

The reason Thor is away from home is a troublesome sibling and, for once, this isn't Loki - who is also on Sakaar, befriending the Grandmaster and rooting for the big green Avenger to do to his puny brother what was once done to him - but, instead, a sister he never knew he had. Hela, the Goddess of Death, has banished her weakling brothers and is taking over the kingdom of Asgard in order to bring about the destined and frequently foretold end of days that is Ragnarok.

If this sounds grim, fear not. This is a comedy Mel Brooks would be proud of, a flat-out entertainer that features more (and funnier) gags than any blockbuster this year, as well as a phalanx of superb actors having an infectiously good time. Add to that a sensational and bouncy score by Devo frontman Mark Mothersbaugh, one that sounds both epic and eight-bit, and imaginative visuals that pay more attention to the details - Grandmaster's sandals, Hulk's bachelor pad - than to the inevitable action setpieces, which are themselves made awesome because of the punchlines punctuating the punches. And it even mentions Throg.

The unfairly handsome Chris Hemsworth is terrific at playing slightly dim winners - see Rush, for example - but there is nothing slight about his Thor anymore, a velvet-voiced narcissistic hothead who frequently finds himself outmatched. It is a performance dripping with easy charm, perfectly suited to Tom Hiddleston's exceptionally arch Loki and Mark Ruffalo's scenestealingly direct Hulk/Bruce Banner. Despite these all-stars, the film's badass is Tessa Thompson, shaking her head at these Dear White Superheroes with savage swagger. She happens to belong to a warrior tribe called the Valkyrie, and Thor proudly reveals that he - like the little boys wearing Wonder Woman t-shirts this year - grew up wanting to be a Valkyrie till he realised they were an elite squad of all-female warriors. This film knows what it's saying.

Goldblum is obviously smashing - the way he coyly folds in on himself when Thompson strokes his cheek is a thing of beauty - and has arguably the best lines in a film made almost exclusively of great lines, while Waititi himself plays Korg, a griping gladiator made of rocks, regrets and indefatigable optimism. There are many enjoyable cameos, of course, and - as tradition dictates - you must wait till all the credits are done rolling.

And then there's Cate Blanchett. A strong case, I believe, must now be made for us mortals to kneel and crown this goddess the greatest actress of all time. Ahead, even, of Streep or Hepburn or Bergman or Crawford. A couple of weeks ago, I saw her play thirteen very different parts in the didactic Manifesto, and yet here - as an antler-wearing villain, sashaying like a serpent - she gleefully conjures up something entirely new. She is a villain so magnetic it's impossible to root against her.

There are grander themes afoot between the jokes - heroism being a state of mind, the pitfalls of self-importance, the idea of a nation as a people, and then, an immigrant people - but, make no mistake, you might guffaw too loud to think about them. This is an uproariously funny film. There is a lot to love in Thor: Ragnarok, from music to cinematography - a masterful upside-down shot of people walking on a mirrored floor is pure comic-book magic - with much subversion and fan-service thrown in.

Promoted
Listen to the latest songs, only on JioSaavn.com
Once in a while comes a film that satisfies on every level. The definitive winners in the superhero genre - the ones who would have mega-sized posters carved into a giant tower - are Richard Donner's joyful Superman, Tim Burton's goth Batman, Sam Raimi's dramatic Spider-Man 2 and Christopher Nolan's grim The Dark Knight. Waititi, to my mind, is the first of the Marvel Cinematic Universe to join that bunch, doing so with irreverence and wonderful characters, a film so rousingly entertaining it ensures we'll never be able to say Asgard with a straight face again. All that, and Led Zeppelin. Thor Ragnarok is a true rock and roll original, and the reason it exists is because there's a director who's sure all that titters is gold.