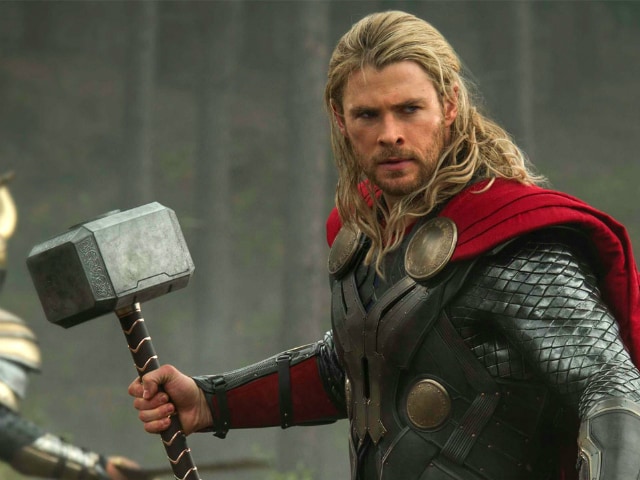 Chris Hemsworth has been playing the role of Thor from 2011

New Delhi: Believe it or not! Your beloved 'Thor' Chris Hemsworth will no longer have long locks in upcoming film Thor: Ragnarok. The actor, who has played Thor since 2011, can be seen in a short haircut in the first look of Thor: Ragnarok, which was shared by Entertainment Weekly. This will be the first time that Chris will sport a different look and will ditch his shoulder length blonde tresses as seen in the previous five films. The 33-yaer-old actor gives an intense look in the first poster of the action movie. The Ghostbustersactor will reprise his role as a Norse god for the sixth time in the forthcoming Marvel film.

In the past, Chis used to sport long flowing golden hair, securing back in a half ponytail whereas for the new Thor movie the actor has colored his short hair into black color. In the first look of the movie, Chris also ditched his hammer for two swords and his signature red cape is also not that visible.

Thor: Ragnarok, which is slated to hit the theatres on November 3, also stars Idris Elba as Heimdall, Jeff Goldblum as Grandmaster, Anthony Hopkins as Odin and Karl Urban as Skurge.