This Was Salman's First Reaction to Prem Ratan Dhan Payo 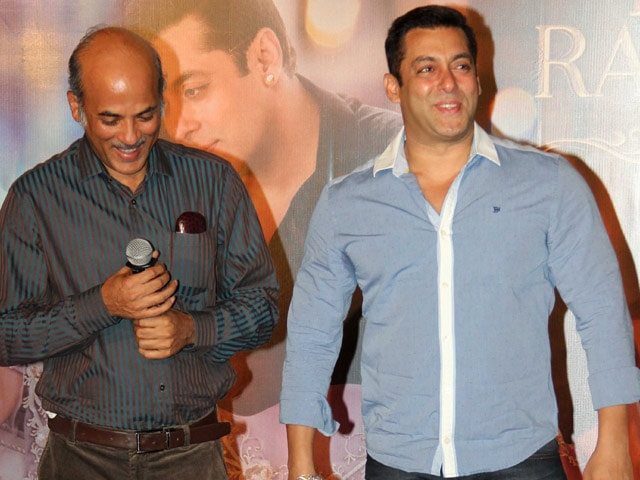 Mumbai: Prem Ratan Dhan Payo may be a family film onscreen but off it, the film is a tale of two friends. Salman Khan and Sooraj Barjatya gave a superhit like Maine Pyar Kiya in 1989 and have been friends ever since. At the trailer launch event of Prem Ratan Dhan Payo, it was rather evident that the two men had immense love and respect for each other.

"When I went to narrate the film, I told him that this is the name (Prem Ratan Dhan Payo) of the movie and he said, 'Had it been any other director I would have thrown him out. But for you I will do this film'," said Mr Barjatya, who directs Salman after 16 long years. The last film they did together was Hum Saath Saath Hain in 1999. (Also Read: Everything About the Prem Ratan Dhan Payo Trailer is Grand)

Salman too had words of praise for the director behind his first superhit film, "There is nobody better than Sooraj babu. Humlog yaha pe chashma laga lenge, thoda sa belt hila lenge, style change ho jayega. But this man, when you leave the theatre, makes you a better person."

It hasn't been easy for Salman to shoot for Prem Ratan Dhan Payo after being convicted in the 2002 hit-and-run case, earlier this year. At the press conference he avoided questions on that matter yet again.

Well, all that hard work can only be seen once the film hits theatres this Diwali. In Prem Ratan Dhan Payo, Salman will reportedly be seen in a double role but he stayed away from that question as well.

What Neena Gupta Learnt On Her Solo Eurotrip