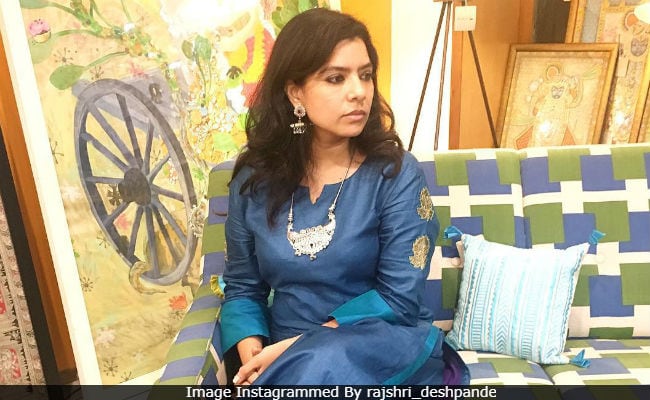 Sacred Games star Rajshri Deshpande says she will be making a cameo appearance in Priyanka Chopra and Farhan Akhtar's The Sky is Pink. The actor says the film's director, Shonali Bose, approached for a small role in the film, which is currently in production. "Shonali is a great friend. She asked me if I would like to do this small role in her next and I jumped at the opportunity. I said 'It's your film, I can't say no'. After Sacred Games this came my way. I really feel hopeful for the future," Deshpande told PTI on the sidelines of 2018 International Film Festival of India here.

Rajshri says it is surreal to attend IFFI, where she started her journey as a volunteer, which was followed by her films -- Angry Indian Goddesses and last year's controversy-ridden S Durga.

"I feel that time is like this mountain. You never know who will come up when and who will come down when. Last year, we came in with S Durga but did not succeed. But look today, I was here at a panel where people are listening to me. Last time, we were not heard," she adds. The actor also shared her views about the #MeToo movement.

"Every woman has a story. When we were growing up, we did not have an understanding of what is good or bad touch. For a long time, we didn't know what abuse means - sexual or mental. The movement is helping create awareness and I want not just men but also women to be sensitised," she says.