This Pic Of Sunny Deol, Sanjay Dutt And Chunky Panday Is The Mother Of All Throwbacks 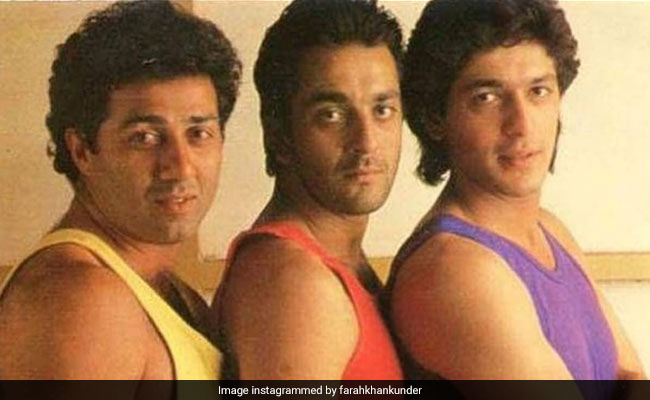 We can't overlook the fact that Farah Khan has the most epic collection of throwback pictures. Be it Shah Rukh Khan's "pink leotard" post or her latest Instagram entry. If you don't believe us , check out the post for yourself. On Chunky Panday's 57th birthday, Farah shared the most epic throwback picture, which features the birthday boy along with Sanjay Dutt and Sunny Deol and TBH, we can't thank the filmmaker enough for treating us to this rare photograph. The picture appears to be from a photoshoot, in which the trio can be seen dressed in colourful vests as they pose together. Farah Khan added a dash of her signature humour to the post and wrote: "Happy birthday to the one who still looks the youngest. Have the best year Chunks."

As of now, none of the actors have responded to the post but we did found an interesting comment by actor Sanjay Kapoor, who wrote: "Chunky's arms looking bigger than Sanju's." Raveena Tandon wrote: "Omg where did you dig this out from. Happy birthday."

Without much ado, take a look at Farah Khan's post here:

Happy birthday to the 1 who still looks the youngest!! . @chunkypanday hav the best year chunks

Chunky Panday's daughter Ananya Panday shared a super cute set of throwback pictures along with the Housefull actor and she captioned it: "I love life this much all because of you! Happy birthday Papa, thank you for always making me laugh."

I love life this much all because of you! Happy birthday Papa, thank you for always making me laugh