This Is When Ranveer Singh Will Start Filming '83 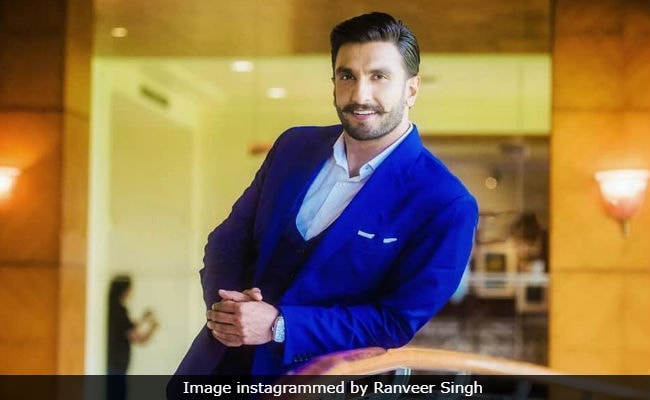 Ranveer Singh will begin filming '83 with Kabir Khan starting May in England, reports news agency IANS. Speaking to reporters at an event in Mumbai, the Bajrangi Bhaijaan director said that a major part of the movie will be shot in England while a few portions will be filmed in India. "Our major schedule of four months in England will start from May this year and it will end on August. But before that, we will shoot small portions of the film in India," he said. '83 is based on team India's historic victory in the 1983 World Cup. Ranveer Singh plays the role of Kapil Dev, who was the captain of the winning team.

Ranveer Singh started training for his role in '83 with former cricketer Balwinder Singh Sandhu, who was also in the 1983 World Cup winning-team. Speaking about the ongoing preparation, Kabir Khan said, "We have started training for the film and we are working really hard for it. I feel sleepy all day because I have to get every day at 6 in the morning for it, but I am enjoying it a lot," reported IANS.

When asked about the film's music, Kabir Khan said that Pritam has been signed as the composer. He added that though there will be motivational songs in the movie, Ranveer Singh won't lip-sync in '83. "I don't think audience will accept Kapil Dev singing on the streets of London," said Kabir Khan.

For those who want to watch Ranveer Singh sing onscreen, wait till February 14 when Gully Boy opens in cinemas. In the Zoya Akhtar-directed film, Ranveer plays the role of a rapper.