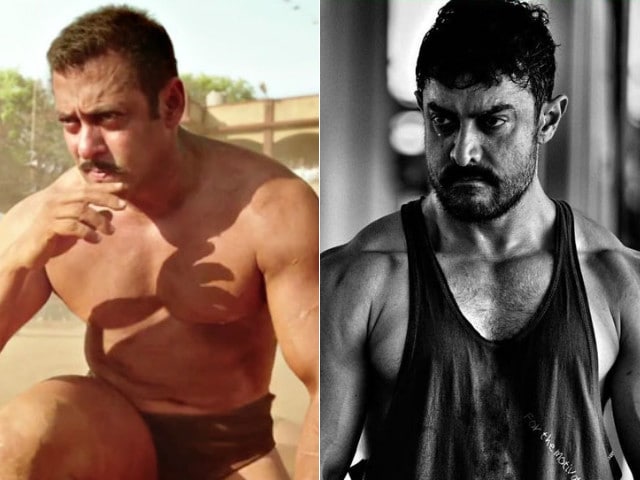 The image on the right was posted on Instagram by aamir_khan.

Mumbai: Actor Salman Khan sees no point of comparison between Sultan and Aamir Khan's Dangal despite the similarity in their roles, and is all praise for the script of his friend's upcoming film.

The two Khans will be seen as wrestlers in their respective films. When asked about reports that after watching the trailer of Sultan, Aamir felt Dangal would suffer at the box office, Salman said: "Aamir is scared? He is doing Dangal and he is scared! Then why did he do Dangal? Why would Aamir be scared."

"My film is different than his. Both of us knew that the two films are about wrestling. In that case, does it mean that if Shah Rukh Khan is doing a love story then I won't do it? I have heard Aamir's script and it is outstanding," the 50-year-old actor said.

Meanwhile, actor Salman Khan has not yet apologised for his remark in which he compared himself to a 'raped woman' while describing his experience of filming Sultan.

Dangal is the biopic of wrestler Mahavir Singh Phogat, who trained his daughters Babita Kumari and Geeta to be wrestling champions.

Sultan, produced by Aditya Chopra, will arrive in theatres next month during Eid, while Dangal is set to release in December this year.

The Dabangg star quipped that if given a choice, he would have starred in Dangal as well.

"I would have done both the films. It would be Sultan first and then 'Sultan's Dangal'," he said.

Salman revealed that he his trainer for Sultan helped Aamir prepare for Dangal. "I am a very big hearted man," he said jokingly.