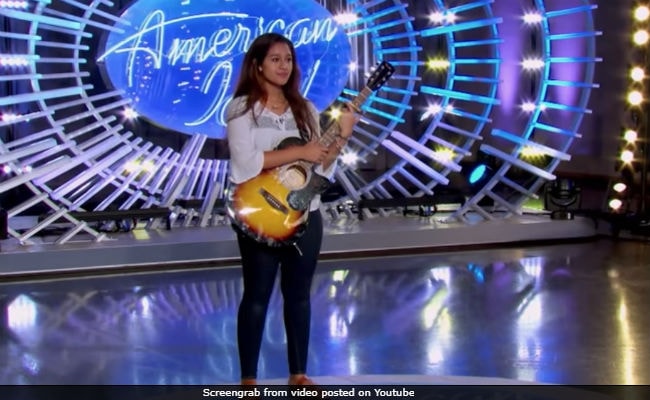 New Delhi: Katy Perry was super impressed with one of the American Idol contestants, Alyssa Raghunandan, an Indian-origin singer from Orlando, Florida. The Roar singer even tweeted words of praise for Alyssa, whose father Dennis Raghunandan is a single parent. She wrote, "You're my hero," and also tagged Ms Raghunandan on Twitter. For the auditions, Alyssa Raghunandan performed a rendition of Ariana Grande's famous track - Almost Is Never Enough. Her performance captivated all the three judges on the show - Katy Perry, Lionel Richie and Luke Bryan. Alyssa was given the 'Ticket to Hollywood'. Alyssa's performance on YouTube has been liked over 73k times. The sixteenth season of reality TV series, American Idol, airs on ABC.

In her introduction video, Alyssa revealed that she was raised by her father Dennis Raghunandan, after her parents got divorced when she was just two-years-old. She also said that her father is her 'best friend', who helped her with a career in music and for being with her at every audition. At the end of Alyssa Raghunandan's performance, Katy Perry commented, "Sound that good at 15? I full-body felt what you were singing; I am a believer in you." All this while, Alyssa was wiping her tears with a beaming smile.

On October 23, 2010, Katy Perry married comedian-actor Russell Brand in India, as per traditional Hindu wedding rituals. The week-long wedding celebrations at Aman-i-Khas resort near the Ranthambhore Tiger sanctuary in Rajasthan were attended by their close friends and family. The couple got divorced in 2012.