Things That Deepika Padukone Does For Ranveer Singh: 'Was Sewing His Pants While People Danced Around Me' 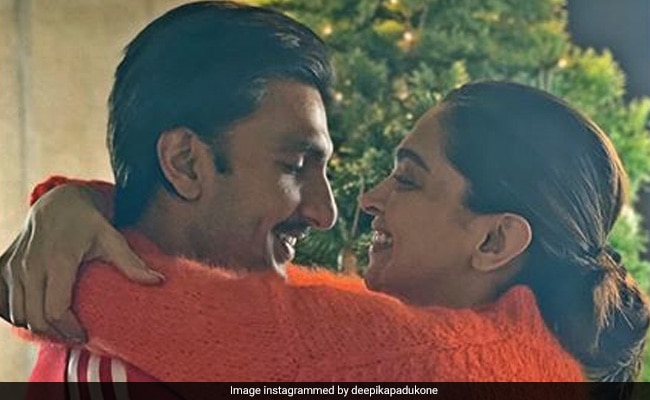 Actress Deepika Padukone, who often shares hilarious stories about Ranveer Singh's flamboyant sartorial choices, recently made an ROFl revelation about a trip to Barcelona. A Mumbai Mirror report stated that speaking on The Kapil Sharma Show, Deepika Padukone revealed she busied herself with stitching mid-day through a music festival in Barcelona once after Ranveer's ripped his pants in a dancing spree. "We were at a music festival in Barcelona. Ranveer was doing a weird dance step while in a pair of loose pants. Suddenly, I heard an unusual sound; his pant had ripped. I was sewing his pants while people danced around me," Mumbai Mirror quoted the 33-year-old actress as saying on the show. The Mumbai Mirror report also stated that Deepika always carries safety pins and a sewing kit keeping Ranveer's experimental sense of fashion in mind.

Deepika Padukone often speaks out loud about Ranveer's fashion picks, like earlier this year she said that Ranveer will hardly have to make an effort for his Met Gala look. Her OTT Barbie-like Met Gala outfit also prompted Twitter to ask if she has been styled by Ranveer Singh. Deepika also wore neon separates for her airport looks recently when comments poured in saying Ranveer must have picked out her outfits. Meanwhile, Deepika has also confessed about being inspired by Ranveer's fashion sense. Deepika and Ranveer, one of Bollywood's most followed couples, recently trended a great deal for their Christmas posts.

All I want for Christmas

On the work front, Deepika Padukone and Ranveer Singh will reunite on the big screen in Kabir Khan-directed sports drama '83. Deepika will feature in a small role as Kapil Dev's (played by Ranveer) wife. Deepika will soon be seen in Chhapaak, which releases on January 10.