The Year Of Radhika Apte, You're Probably Thinking. She's Not

"The year has been great but there's much more I want to do, which will give me the kind of satisfaction that I've been looking for," said Radhika 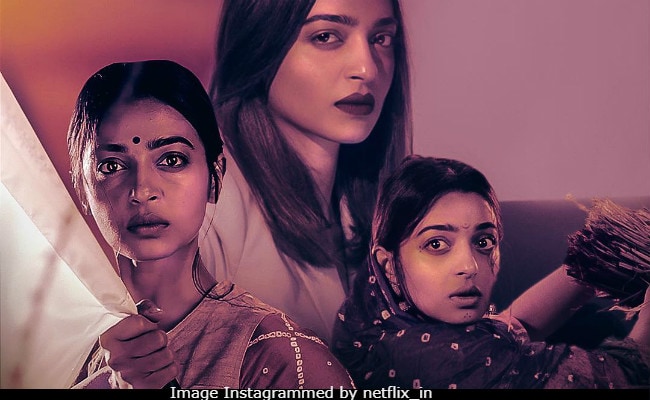 PadMan and then Lust Stories and then Sacred Games and then Ghoul - these are the many projects Radhika Apte featured in this year. She also has AndhaDhun with Saif Ali Khan lined up for release, the movie Bazaar with Saif Ali Khan coming up and will soon make her Hollywood debut with Michael Winterbottom's The Wedding Guest opposite Dev Patel. But the 33-year-old actress recently told news agency PTI that she's got a long way to go to attain a sense of achievement. "The content that's coming my way is great, but something really needs to challenge and throw me off, completely shatter me. I like to live that. It has its downside too, but I like to live on the edge," PTI quoted her saying at an event in Mumbai recently.

"The year has been great but there's much more I want to do, which will give me the kind of satisfaction that I've been looking for. I don't think this is that year," Radhika added. She may not think 2018 is "the year" but it is definitely "the year" that established her "omnipresence" on Netflix. After her back-to-back appearances in Netflix India originals like Lust Stories, Sacred Games and Ghoul, the Internet generated umpteen memes and jokes about her inclusion in every other Netflix show. But Radhika being Radhika, responded like a boss. A spoof, titled "Omnipresent" and featuring Radhika Apte, appeared on Netflix India's social media accounts and here's how it looks. The team also put together a behind-the-scenes video, in which she talked about the challenging "roles" in "Omnipresent."

Radhika made this poster herself.

In her interview, Radhika also confessed about always being at work and the cons of having a busy schedule: "I am grateful for all the work but it's also confusing because you are doing so much work that you don't have time to breathe. It produces a lot of insecurities about whether you continue to work like that or not. Or what is the next thing that I'm going to do. It worries me," she told PTI.

"You get a one-off opportunity and if you manage to sustain that or not is very crucial. It's very important to come up with new things, to reinvent yourself," she added.

Radhika was last seen in horror series Ghoul, which marks her third collaboration with Anurag Kashyap's Phantom Films, who directed her in Lust Stories and then in Sacred Games. The mini-series has been created by Patrick Graham and co-produced by Jason Blum, the maker of the Paranormal Activity series and the Insidious chapters.