"One of my friends suggested that I put on more weight, at least, I will be categorised in the oversized actors' list," said Soma Rathod 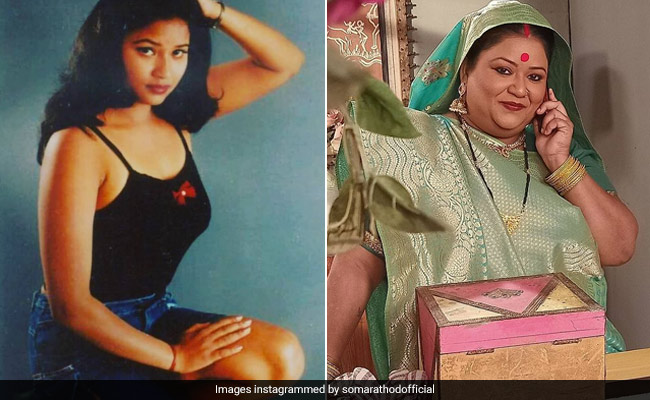 TV actress Soma Rathod, best known for playing the role of Amma Ji in the sitcom Bhabiji Ghar Par Hain, revealed that her physical appearance was a hindrance in the early days of her career, in an interview with ETimes . Soma Rathod said she would not get any roles for not being either "too fat" or "too thin", following which, she took her friend's advice and started gaining weight. "I wasn't very fat or very thin, I was in the mid-range when I started auditioning for roles and visiting the casting agents. Not too thin, not too fat. I wouldn't fit any criteria and got rejected because of it," ETimes quoted her as saying.

The 37-year-old actress said, desperate for work, she was ready to be categorised as an "oversized" actor: "Then, one of my friends suggested that I put on more weight, at least, I will be categorised in the oversized actors' list. After that, I gained weight and I started getting work." Soma Rathod added that there's no looking back for her, now that she is in a decent phase of her career: "Now, I don't think about anything because writers keep me in their minds and write characters."

Last year, Soma Rathod had Instagrammed a throwback photo of herself, in which she appears significantly leaner than her current self. Talking about her post, the Bhabiji Ghar Par Hain said: "Wasn't even aware of it going viral, I was 20 back then and weighed 52 kg."

Soma Rathod shot to fame with her role as Amma Ji in Bhabiji Ghar Par Hain, which she has been a part of since 2015. Soma Rathod also currently features on the show Jijaji Chhat Parr Koi Hai.