The Real Reason Why Akshay Kumar Is Now Bald

Akshay Kumar confirms the real reason behind his decision to go bald, and no, it's not to avoid any surgery 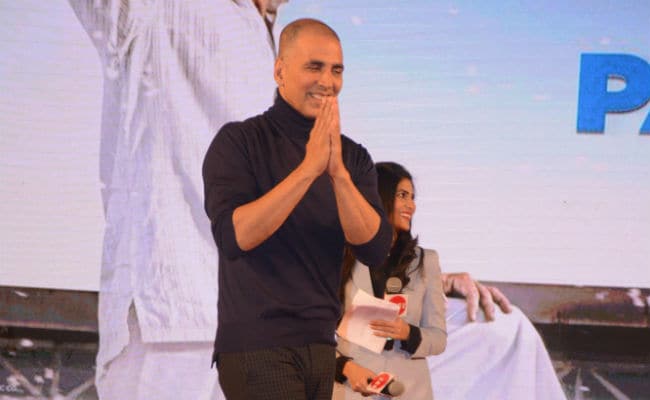 New Delhi: Ever since Akshay Kumar started promoting his upcoming film PadMan, his recent public appearances sporting a 'bald look' created a buzz among his fans. According to a mid-day report, Akshay Kumar completely shaved off his head and went bald for his next project, Kesari. It all began when Akshay Kumar was spotted in a bald look while promoting PadMan at the grand finale of Bigg Boss Season 11. It was earlier speculated that "Akshay Kumar went bald to avoid a surgery for hair bonds, as his hair follicles were too weak to hold onto artificial hair bond," India Today quoted a source.

Over the week, Akshay Kumar received a lot of praise for embracing his real-life look during PadMan promotions and not making any effort to hide his bald pate.

This time while promoting PadMan at a TV show, he rested all the viral rumors, by confirming the real reason behind his decision to go bald. mid-day reports that Akshay Kumar completely shaved off his head, "... As it was getting uncomfortable to don a huge turban for the Kesari and a tonsured head provides some respite from a sweaty head."

Promoted
Listen to the latest songs, only on JioSaavn.com
Akshay Kumar's Kesari is an upcoming period drama based on the 1897's historic Battle of Saragarhi, which was fought between Sikh soldiers of the British Army and Pashtun Orakzai tribesmen. Co-produced by Karan Johar and Akshay Kumar, the Anurag Singh-directored Kesari is slated for Holi 2019 release.