The Prince Song That Made Sinead O'Connor so Famous 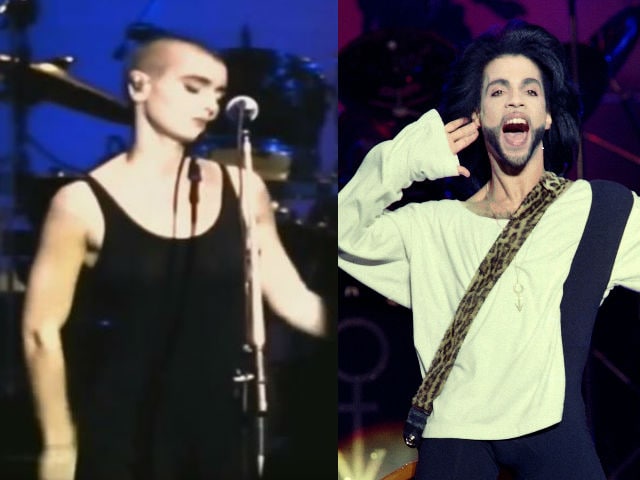 Sinead O'Connor (left) performs Nothing Compares to U at a concert. Prince (right) at a concert in Paris in 1990. (Image courtesy: AFP)

New Delhi: In 1990, Irish singer Sinead O'Connor was turbo-propelled to stardom by her rendition of a song titled Nothing Compares To U. It is still her most famous hit and the song many people think about when they think about Ms O'Connor - but it really belonged to Prince, the iconic musician who died at 57 on Thursday.

In 1993, Prince reclaimed his song, recording it as a duet with vocalist Rosie Gaines. It featured on his box set The Hits/The B-Sides.

Several of Prince's own rendition of the song are available - here's one he performed live at Oakland just last month.


Sinead O'Connor has gone on record to say that she and Prince never got along when she recorded her version - in fact, things got ugly between them, she claimed. Here she is singing Nothing Compares To U: