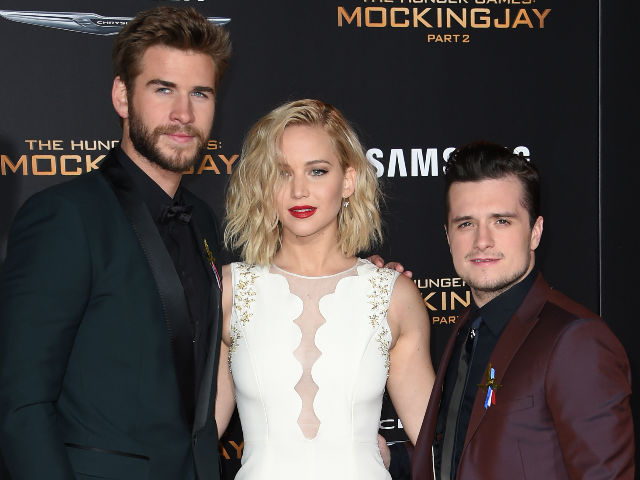 The cast of The Hunger Games: Mockingjay - Part 2 at the film's premiere of in Los Angeles. (Image courtesy: AFP)

Los Angeles: The cast of The Hunger Games: Mockingjay - Part 2 stayed silent at the film's US premiere to pay tribute to those who died in the recent series of attacks in Paris, reports variety.com.