The Godfather: Part III To Release With A Different Beginning And Ending

That surely seems like an offer we won't refuse 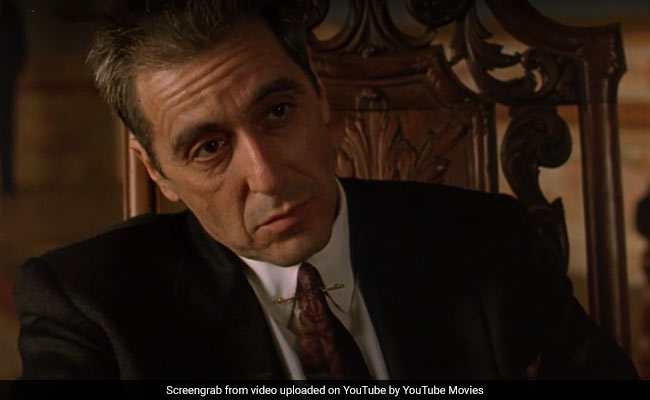 Al Pacino in a still from The Godfather Part III. (courtesy: YpuTube)

A new version of The Godfather: Part III - Francis Ford Coppola's belated follow-up to two of Hollywood's greatest ever films - will be released in theaters this December, Paramount said Thursday. The concluding movie about the Corleone crime family's rise and fall was relatively poorly received, and the new cut will achieve Francis Ford Coppola and screenwriter Mario Puzo's "original vision for the finale," a statement from the studio said. "For this version of the finale, I created a new beginning and ending, and rearranged some scenes, shots, and music cues," said Francis Ford Coppola in a statement to AFP.

"With these changes and the restored footage and sound, to me, it is a more appropriate conclusion to The Godfather and The Godfather: Part II.The new edit, retitled "Mario Puzo's The Godfather, Coda: The Death of Michael Corleone," will be released in limited theaters in December -- marking the original film's 30th anniversary - before moving to streaming platforms.

It "is an acknowledgement of Mario's and my preferred title and our original intentions for what became The Godfather: Part III," said Francis Ford Coppola. Despite failing to earn the critical acclaim of the first two, "The Godfather: Part III" was still nominated for seven Oscars including best picture.

Coming 16 years after the second installment, the 1990 film followed Al Pacino's Michael Corleone in his 60s as he tries to extract his family from the mafia world. The new version entailed a "painstaking, frame-by-frame restoration" of the original film and previously unseen footage over the course of six months.

Work including repairing scratches and stains on the original negatives was interrupted by the coronavirus pandemic and had to be completed remotely."Mr Coppola oversaw every aspect of the restoration while working on the new edit, ensuring that the film not only looks and sounds pristine, but also meets his personal standards and directorial vision," said Andrea Kalas, senior vice president, Paramount Archives. He has previously recut classics including Apocalypse Now.