The Fate Of The Furious Preview: How Furious Will It Be Without Late Paul Walker 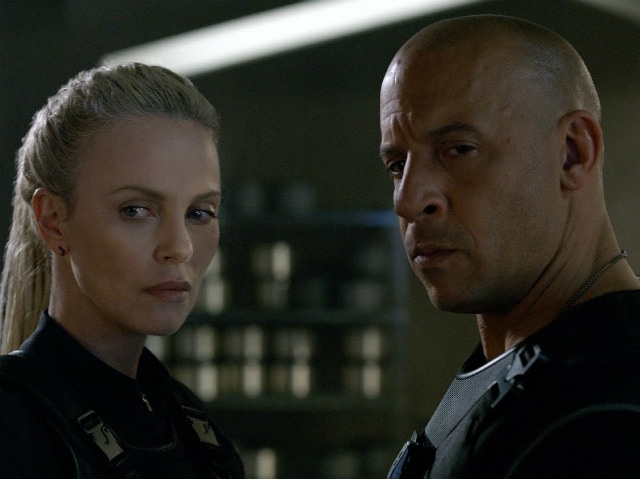 Vin Diesel in a still from Fate Of The Furious

New Delhi: The Fast And Furious franchise's eighth film Fate Of The Furious is all set to open in Indian theatres tomorrow. It will be the first movie without late actor Paul Walker. Paul Walker, who played the role Brian O'Conner in the franchise, died in a car crash in 2013 while the production of Furious 7 was underway. The trailer of Fate Of The Furious released on April 10 and gave a hint that the eighth installment will be different from last movies as "the game has changed now." Vin Diesel's character Dominic Toretto turns against his friends and partners with Cipher (Charlize Theron). "This crew is about family, but the game has changed now," Dwayne Johnson, who plays Hobbs, declares to his team in the trailer. "Dominic Toretto just went rogue," Vin as Dom tells Letty (Michelle Rodriguez) and gets a reply "You gonna turn your back on family."

In the 45-seconds of the trailer, there is explosions, melodrama, intense fight scenes, and of course, a lot of cars going really fast.

Here's the trailer of Fast And Furious

Also other Hollywood films like The Zookeeper's Wife, A Quiet Passion, Finding Oscar, The Lost City of Z and Tommy's Honour are releasing on Friday. The list doesn't ends here as a promising Korean movie The Handmaiden along with an animated film Spark: A Space Tail will release on April 14.

Fate Of The Furious Box Office Report: Vin Diesel's Film Has Made Rs 22 Cr So Far