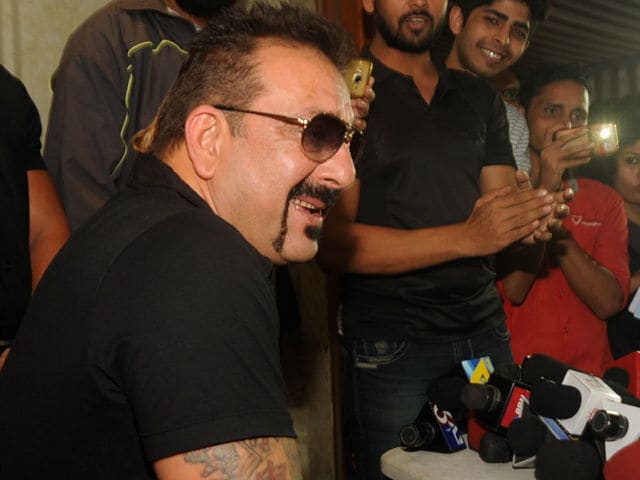 Mumbai: Actor Sanjay Dutt says that the much anticipated third part of the successful series Munna Bhai will release in 2018.

At a media interaction on his 57th birthday, Sanjay said: "My movie with (Vidhu) Vinod Chopra saab will start in November, it is called Marco. And after that, I am doing a film with Mahesh Manjrekar, it is a remake of De Dhakka, and then there is a good line-up of movies."

About De Dhakka, he added, "It is a family film and it's about how a broken family reunites. He (Mahesh Manjrekar) has adapted it well, let's see what happens."

Of the reason for the delay, considering the excitement in fans for the film, he said: "That you should ask Rajkumar Hirani and Vinod sir. Even I am waiting for Munna Bhai."

Recently, Arshad Warsi, whose character Circuit plays sidekick to Sanjay's Munna Bhai, had stated that the film has been delayed as Mr Hirani's biopic on Sanjay with Ranbir Kapoor in the lead is yet to go on floors despite initially being set to begin in June.

When asked about the biopic, Sanjay said: "First of all, I am not acting in it; I think it would be shot in February."

"I don't know that I will ask Raju sir about it," he said.

He also said, "I have started working out, I do martial arts. I spend four hours in the gym in a day. I have quit drinking. You should not drink alcohol. There is a very strict diet for me, grilled fish, grilled chicken and you have to eat what you eat in the hospital."

Sanjay Dutt was released from jail this February, after serving the remainder of his five-year sentence for illegal possession of arms.