The Fakir Of Venice trailer begins with Farhan embarking on the lookout for a fakir, a search which ended when he bumped into Annu Kapoor 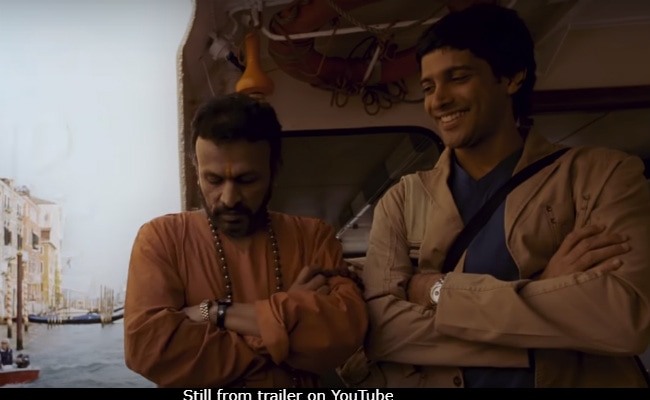 It's finally here! The trailer of Farhan Akhtar's The Fakir Of Venice, a film which was initially made for a 2009 release, released recently and is an absolute laugh riot. Farhan Akhtar and Annu Kapoor are the two protagonists in the film and they make a superb con duo - Farhan plays a con artiste, who has been assigned the duty to hire a fakir from India for an art installation in Venice. In his hunt for the perfect fakir, Farhan ends up zeroing in on an alcoholic slum-dweller from Mumbai and tried to pass him off as a genuine religious ascetic from India.

The trailer begins with Farhan Akhtar embarking on the lookout for a fakir, a search which ended when he bumped into Annu Kapoor. Then began a series of (mis)adventures with the con-duo deceiving the art world of Europe. The twist in the tale arrives at the end of the trailer when Farhan learns that Annu Kapoor had a kept a secret about his identity from him.

Watch the trailer of The Venice Of Fakir here:

In an interview with news agency IANS in December, director Anand Surapur said the film's storyline is actually about: "Every viewer will relate to the characters of the film and go back with a sense of self-reflection and a feeling of trying to be a better human being. It's a con performed by two Indian men who travel to Venice for conning the western art world for making quick bucks. We are targeting (to release it on) about 300-400 screens," he shared.