The Fakir Of Venice Review: Farhan Akhtar's film could've been engaging if its philosophical kernel were supported by greater filmmaking flair. 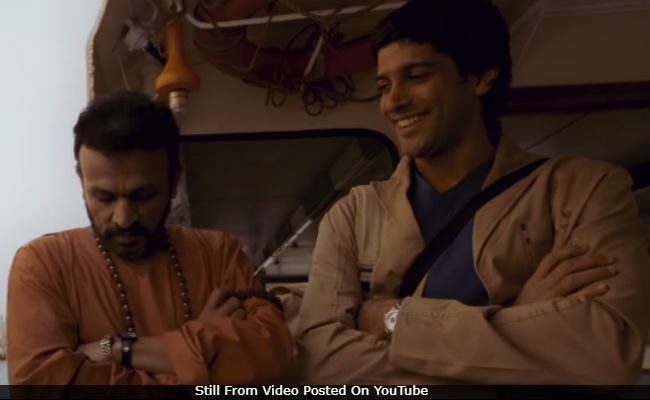 A few minutes into The Fakir Of Venice, the protagonist-narrator Adi Contractor (Farhan Akhtar in what was his first lead role) lands in the fabled Italian city in the company of a fake fakir, an alcoholic, middle-aged construction worker from a Mumbai slum. Adi introduces the befuddled poseur to an equally mendacious art curator in Venice as a man "from another dimension." Needless to say, he hardly looks the part. The film that these three characters are in is, on its part, from another decade. It looks every bit as dated.

Much water has flown down the canals and under the footbridges of Venice since the film premiered way back in 2009. It has come in from the cold ten years on, hoping to find takers in the multiplexes. Does it do anything that could keep the audience from being left completely cold? Precious little. There are moments in The Fakir Of Venice, however, that do hold promise. This could have been a much more engaging film if only its philosophical kernel were supported by greater filmmaking flair. It is done in by its bland style and low narrative energy.

Farhan Akhtar and Annu Kapoor, cast as Sattar Ali, an impoverished Mumbai daily wage labourer who agrees to become an 'object' in an art installation in faraway Italy, strike the right notes. But so wafer-thin is the plot and so desultory is the pace that the two actors are unable to inject any real life into the tale. 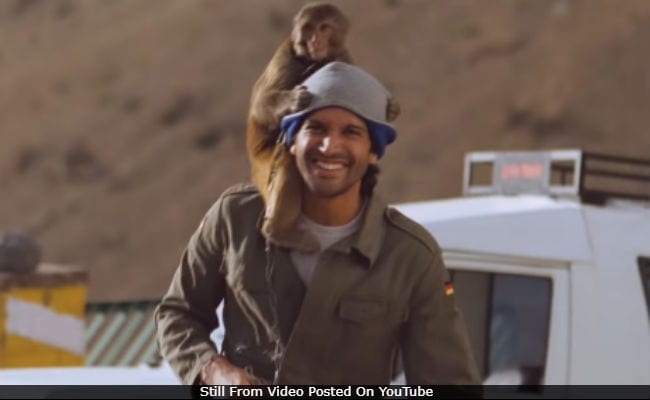 The Fakir Of Venice Movie Review: Farhan Akhtar in a still from the film (Image courtesy: YouTube)

Talking of life, The Fakir Of Venice, directed by ad filmmaker Anand Surapur from a screenplay by Rajesh Devraj (Quick Gun Murugan, Gold), harps a great deal on mortality and the fear of death through the character of Sattar, a man who has been compelled by a twist of fate to stop making a living out of holding his breath for hours and burying himself underground on Juhu beach. It is a death-defying act - the highest form of meditation, Adi tells a gallery visitor later - that helps him and his married sister Hameeda (Jhilmil Hazarika) ward off penury.

The film is equally about the 'art' of the conman, which necessarily relies on creating stories that are believable even when they are strange, and the ever-present possibility of making connections across cultural and social divides. It is in this context that the character played by Kapoor acquires far greater significance than the one essayed by Farhan Akhtar. The latter is a city slicker who comes to the rescue of film crews when they need the most bizarre things for a shoot. "I never say no," he preens. The man nurtures the ambition of leaving for the US to join a film school.

An Italian curator Massimo (Mathieu Carriere) plans an installation in a Venetian art gallery. Adi, "Eddie" to the Italians, is asked to supply a fakir. His search in Varanasi draws a blank. When all seems lost he is led to the homeless Sattar, who paints high-rise buildings to make ends meet. Adi sees in Sattar an opportunity to make a quick buck.

The unlikely pair - one an English-speaking fixer, the other utterly clueless about the ways of the world - ends up in Venice. Sattar is required to spend several hours twice a day for a week buried in a part of the gallery with only his folded hands protruding out in supplication. "That's a strange way to spend one's life," comments one visitor. "People do strange things," replies Adi. This fits in with his firm belief that "anything is possible in India.

The Fakir Of Venice, the kernel of which reportedly has stemmed from the personal experiences of writer-director Homi Adajania, does have higher-than-average ambition: it poses questions about art and life, about spiritual faith and human trust, about disease and death. Sadly, the script does not have the sweep and the depth to do full justice to the film's potential scope.

There is a lot that is wasted in The Fakir Of Venice - and not just Kamal Siddhu, who plays Adi's estranged girlfriend Mandira, the woman who helps Sattar acquire the look of a fakir and then vanishes from the scene altogether. The focus is so completely on Adi and Sattar that any possibility of Italian actress Valentina's Carnelutti's Gia, a photographer who begins to see through the manipulation that Sattar is being subjected to, of developing into a rounded figure in her own right is stymied.

The worst casualty is Venice itself. The city is the backdrop and that, unfortunately, is all it is. The camera does capture some notable facets of the unique location - notably its imposing structures and its waterways - but never in a manner that would allow it to enhance the overall visual quality of the film.

The Fakir Of Venice is listless fare. The only point of interest in the film is the prospect of watching a younger Farhan Akhtar playing a man whose ways border on the somewhat distasteful. But like a lot else in this film, the self-serving characteristics that define Adi do not emerge clearly enough in his exchanges with the simple-minded Sattar.