The Eternals To Black Panther 2, Here Are Details Of Marvel's Phase 4 Lineup 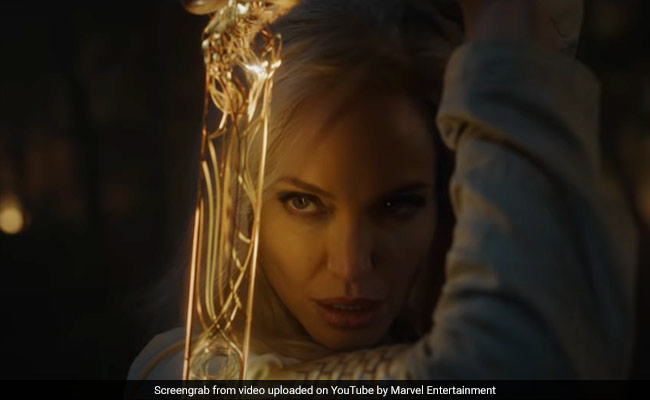 Marvel Studios sent the Internet into a tizzy on Monday by revealing Angelina Jolie's first look from The Eternals, one of its nine films to be released in its phase four. The Eternals, directed by Oscar-winning filmmaker Chloe Zhao, also features Salma Hayek, Kit Harington, Richard Madden, Kumail Nanjiani, Lauren Ridloff, Lia McHugh, Brian Tyree Henry and Don Lee. We didn't get to see much of Angelina Jolie and other stars of The Eternals in the clip as it also comprised glimpses of lined-up Marvel Studios films such as Black Widow, Shang-Chi And The Legend Of The Ten Rings, Spider-Man No Way Home, Doctor Strange In The Multiverse Of Madness, Thor Love And Thunder, The Marvels, Ant-Man And The Wasp Quantumania and late actor Chadwick Boseman's Black Panther Wakanda Forever, along with their respective release dates.

The video, titled Marvel Studios Celebrates The Movies, showed a video montage of the first three phases of Marvel Cinematic Universe, mostly comprising iconic scenes of Iron Man (Robert Downey, Jr.) and Captain America (Chris Evans) from Avengers: Endgame before giving us a sneak peek into Black Widow aka Natasha Romanova's life. Just when we thought it couldn't get any better, MCU surprised us glimpses of The Eternals - Salma Hayek, who plays the role of the leader of The Eternals in the film, can be seen on a horseback sporting what appears to be a cowgirl outfit.

We see Richard Madden, Kumail Nanjiani and Lia McHugh next, followed by the first look of Angelina Jolie as Thena drawing a sword.

Towards the end of the video, Marvel Studios announced the release dates of other films too but more on that later. Watch the first look of Angelina Jolie in The Eternals here: