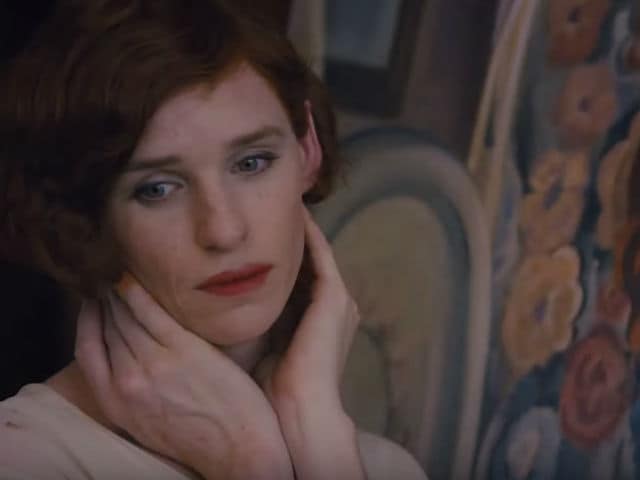 Eddie Redmayne in The Danish Girl

New Delhi: The television premiere of Oscar-winning film The Danish Girl was cancelled after it failed to get necessary certification from the Central Board of Film Certification (CBFC), news agency PTI reported on Monday. The premiere was scheduled to be telecasted on Sunday night on Sony Le Plex. The Tom Hooper-directed film features Eddie Redmayne and Alicia Vikander. The film tells the story of Einar Wegener, the first person to undergo gender reassignment surgery, becoming Lili Elbe. A couple of days ago, the channel, via a tweet, informed the viewers about the telecast. The tweet (which isn't available now) as quoted by PTI reads, "We regret to inform you that Sony Le Plex HD is unable to telecast the much-awaited television premiere of the international acclaimed award-winning film The Danish Girl on March 26 as the necessary certification to enable telecast of the movie has not been received."

Another tweet posted on the channel's official Twitter account two days ago reads, "We know how much you wished to watch The Danish Girl this Sunday and regret the inconvenience caused. We thank you for your constant support."

We know how much you wished to watch The Danish Girl this Sunday & regret the inconvenience caused. We thank you for your constant support. pic.twitter.com/eti2TAxBRV

The film had received an A certificate from CBFC, when it was released in India last year. "The movie went to CBFC for clearance three months ago and they were sitting on it. And now they have cancelled the broadcast citing that the issue is very sensitive. CBFC has put a ban across channels, and now no other channel can also show the film," news agency IANS quoted a source as saying.

Promoted
Listen to the latest songs, only on JioSaavn.com
"The Censor Board's job is not to cut, but to see each movie individually in its context and under the guidelines provided to us. We are a multicultural nation and we have to maintain a balance. What may be suitable for a metropolis, may not be suitable for a small village," Mumbai Mirror quoted a CBFC official as saying. Alicia Vikander won an Oscar in Best Supporting Actress category in 2016 for The Danish Girl.