The Brangelina Divorce is Being Covered Exactly the Way Angelina Wants 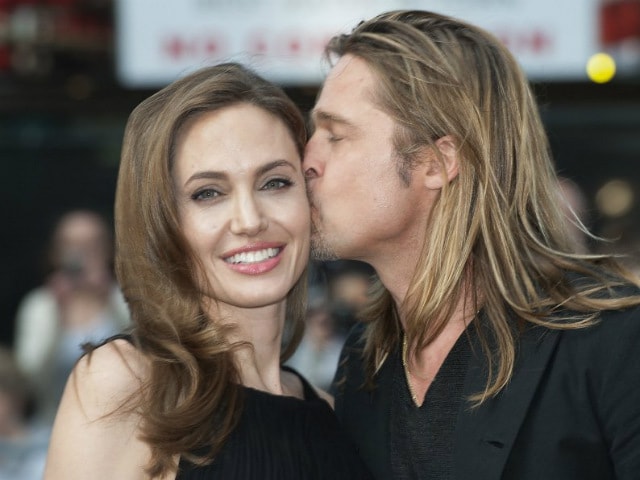 Washington: The news about Angelina Jolie and Brad Pitt's split shocked the celebrity world on Tuesday, even though anyone who has been to a grocery store or CVS has seen the headlines in checkout aisles for years: This couple is doomed.

It has been a grand tabloid tradition to trumpet how Brangelina was falling apart: "Brad and Angelina at Breaking Point!"; "Angelina Admits Love Affair"; "Brad Caught In Nude Scandal With Sexy Co-Star!"; and so many more.

Now, with Jolie moving on "for the health of her family," the tabloids have a whole new world to explore: the Brangelina divorce. And although "Brangelina Is Over" headlines were so frequent that they became a punchline, tabloid coverage of the actual split could get ugly.

We don't just mean between Brangelina - although Jolie's camp has already lobbed some serious accusations about Pitt's parenting skills, which Pitt denied. We're talking about the tabloids following this story, which will have to keep up with the two superstars, one of whom (Jolie) is a PR master.

In fact, Jolie already messed with the magazine production cycles as her divorce bomb online ended up online Tuesday morning, hours after the tabloids go to print on Monday night. Page Six called this "a nightmare for the celebrity magazines that have breathlessly chronicled Brangelina's ups and downs." Now, this week's covers will look embarrassingly outdated.

As a result, People magazine is "crashing" to get next week's issue on newsstands early; a rep confirmed to CNN that the Sept. 28 issue (featuring a Brangelina cover) will be on newsstands by this coming Friday, going up against its own Sept. 21 issue. "Our audience is deeply connected to the couple," a People rep explained to Page Six about the rush for the second issue. "Every scenario of their life together is fascinating."

Coincidental timing from Jolie? Unlikely. As gossip expert Elaine Lui points out on LaineyGossip, Jolie - who doesn't employ a publicist - knows exactly what she's doing. "She understands how press works, how press has evolved. You can see evidence of that in how she delivered the divorce drop - not through the magazines, which is how she used to do it, but via TMZ, online, so that it would blow up, quickly, on social media," Lui wrote.

Not only will the magazines have to handle tricks like this, but now the tabloids will have to figure out how to present the story with two superstars, now pitted against each other - but who are both loved by readers. So far, it's been a lot of Jolie, as she was the one who filed for divorce - and Jolie sources told TMZ that "she believes Brad poses a danger to the kids" with substance-abuse issues.

But Pitt is also fighting back; later, sources told TMZ that it was "a malicious lie," and Us Weekly says he was "blindsided" by the divorce filing. And as always, everything is more complicated (and more serious) when kids are involved. Although Jolie has filed for physical custody, Pitt is making it known that it will be a fight. While the concept of "Brangelina" may have been a joke, both in and outside the media, soon, no one will be laughing.