The Body Movie Review: Rishi Kapoor Is Effortless In Film That Isn't Quite What It Could Have Been

The Body Movie Review: Rishi Kapoor is at once acerbic and abrasive; for Emraan Hashmi, this is familiar hunting ground. 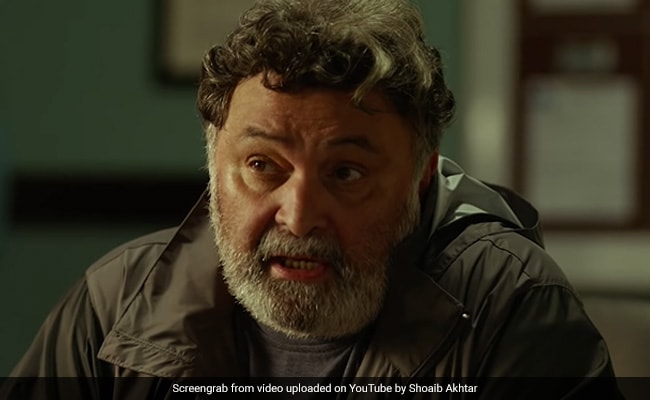 The Body Movie Review: Rishi Kapoor in a still from the film. (Image courtesy: YouTube)

Director Jeethu Joseph has built his career around thrillers that revel in pushing the boundaries of the genre. When they succeed, they make for highly entertaining mainstream cinema. His pan-Indian fame rests principally on the 2013 Malayalam film Drishyam, starring Mohanlal. It was remade in Hindi by another director with Ajay Devgn in the lead and in Tamil (Papanasam, 2015) by Joseph himself with Kamalahasan playing the principal role. The Body, which marks his first foray into Hindi films, is natural career progression for the prolific director.

It is disappointing that The Body isn't quite the film it could have been. Joseph plays safe and that is the undoing of this murder mystery that has multiple layers but not enough depth. Not only does the director stick to the tried and tested, he makes doubly sure that he does not go wrong by opting to adapt the Spanish film El Cuerpo (2012), written and directed by Oriol Paulo. (The Body is the second Bollywood remake of an Oriol Paulo film to hit the screens in the span of a year. Sujoy Ghosh's Badla, a version of The Invisible Guest, was the first).

The cast is led by an effortlessly on-the-ball Rishi Kapoor as Jairaj Rawal, an ageing Mauritius police investigator probing the disappearance of the body a wealthy businesswoman from a forensic laboratory morgue. Joseph keeps the twists and turns in this 103-minute film on a tight leash. If only The Body had a little more meat it would have been an unqualified winner. Parts of the film, somewhat desultory, could have done with greater flourish. 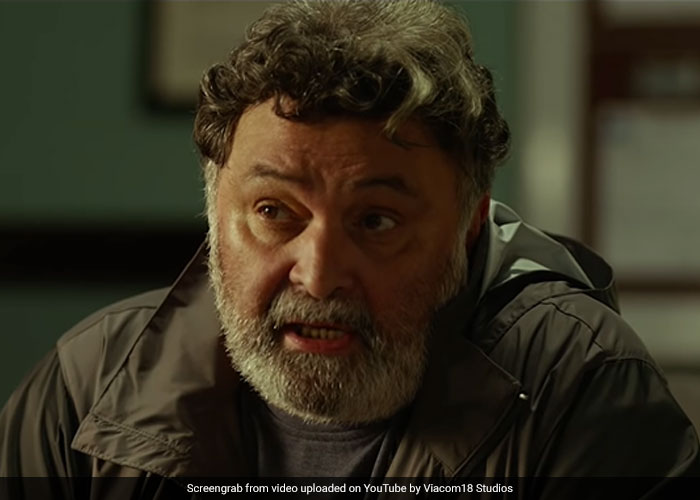 Rishi Kapoor is at once acerbic and abrasive as the policeman who pulls no punches when an accused is before him struggling to wriggle out of his stranglehold. The man at the receiving end of his unrelenting pressure tactics is played by Emraan Hashmi. For the latter, The Body represents familiar hunting ground. 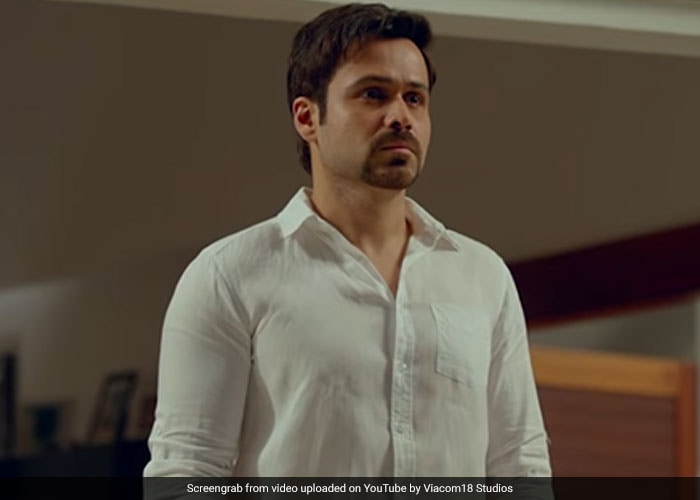 Emraan Hashmi is cast as Ajay Puri, the husband of the dead woman, Maya Verma (Sobhita Dhulipala). The temperamental sleuth has reason to believe that Ajay has had a hand not only in whisking the body out of the morgue in order to evade an autopsy, but also in the cardiac arrest that his wife suffered after a long flight into Port Louis from Los Angeles.

The woman, who owns multiple businesses, is no pushover. In fact, her husband is putty in her hands. Dhulipala, informing the role with a mix of disarming charm and ruthless inscrutability, projects strength and indomitability. It is easy to believe that she wouldn't have gone down without a fight. And, given the stubborn stand that Rawal takes against Ajay, it is obvious soon enough that he knows something that we, and the onscreen characters around him, do not. 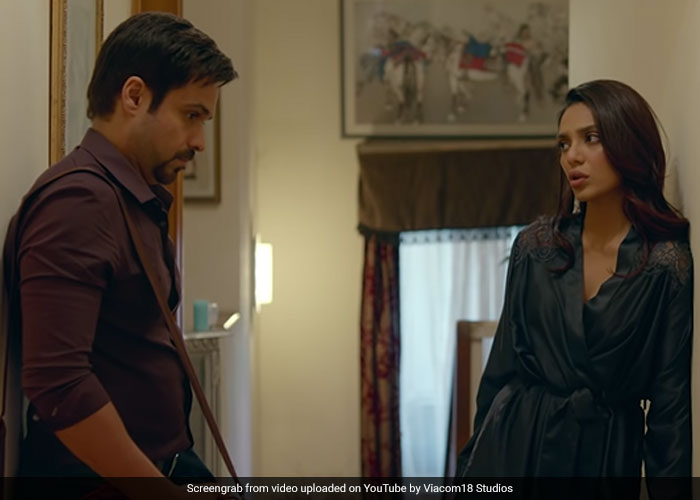 The film places most of the principal cards on the table within the first few sequences, holding back only a couple of perspective-altering reveals for the climax. For instance, we are allowed into Ajay's big secret: an extra-marital affair with Ritu (Vedhika Kumar). He now has two reasons to bump off his wife: a new love and the former's material assets. But nothing in a whodunnit can be as open and shut as that.

When interrogated by the cranky police officer, Ajay shows no signs of emotional distress. Rawal finds that very odd. He reminds his deputy Pawan (Anupam Bhattacharya) that his wife, Nancy, died in a car crash a decade ago but he still hasn't recovered from the shock. But that was an accident, Pawan interjects. It wasn't an accident, Rawal says, leaving no room for an argument.

The thriller plays out over one night - over a period of eight hours, to be precise. Rawal retains Ajay in the police station for questioning until well after sunrise. During the desperate hours that he is forced to spend fielding Rawal's pointed questions, Ajay begins to wonder if Maya is really dead. He feels that she is playing mind games with him.

Every little sign of Maya's presence that Ajay sees leads him into a flashback that creates the context for the fears and doubts that are gnawing at him. But instead of heightening the coiled-up sense of guilt that seems to be bothering him, these lookbacks at happier times slow down the police procedural. The film gets bogged down by the numerous love songs that are played over, before and after scenes meant either to emphasise Ajay and Maya's love-hate relationship or to reveal the depth of the trust and affection that Ajay and Ritu have for each other. 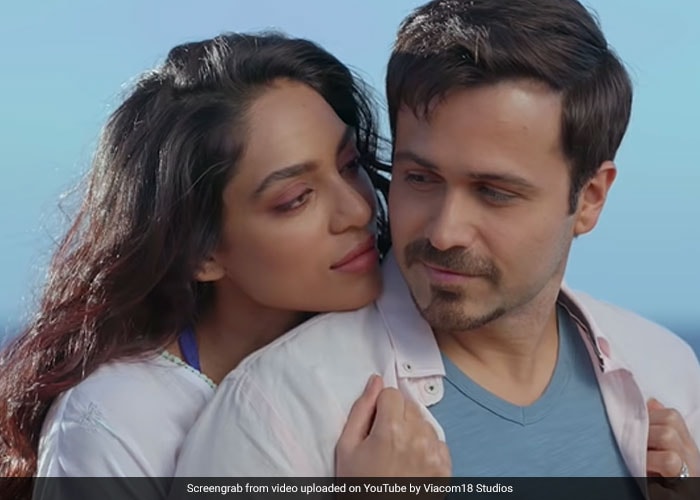 The Body has no scope for Bollywood-style romance but it insists on banking on plenty of it framed against the picturesque backdrops on offer in the Indian Ocean nation where the story is set. It is the sort of thriller in which unconcealed wickedness and brazen displays of physical passion would have worked infinitely better than the treacly love ditties. The man does share moments of intimacy with the two women - the screenplay brings out the marked differences between the two relationships with some clarity - but they do not serve to underscore the intensity of the emotions that drive Ajay to resort to measures that can only cause trouble.

In one scene, the hero calls a girl who waits tables at the nightclub that he frequented with his wife. He enquires about Maya's mobile phone. She is dead, she may be alive, it is complicated, he blabbers. The girl at the other end of the line is understandably flummoxed. So are we! The Body is best left alone.