The Big Bull Teaser: Abhishek Bachchan Is Ready To Pull Off "The Mother Of All Scams"

The Big Bull Teaser: Abhishek Bachchan's character in the film is loosely based on that of stock-broker Harshad Mehta 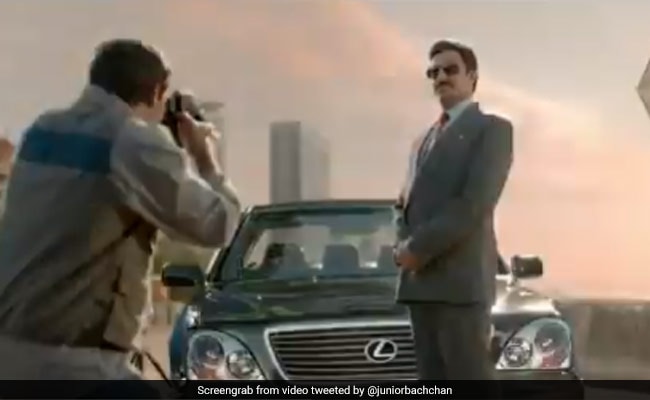 The makers and actors of The Big Bull announced the release date of the forthcoming film on Tuesday by dropping its teaser on the Internet. The Big Bull, directed by Kookie Gulati, stars Abhishek Bachchan in the lead role and his character in the film is loosely based on that of stock-broker Harshad Mehta, who was charged for numerous financial crimes during the securities scams of 1992. In the teaser, Ajay Devgn, who has produced the film, introduces Abhishek Bachchan's character with his voiceover: "Chhote ghar mein paida hone waalo ko aksar, bade sapne dekhne se mana kar deti hai ye duniya. Isiliye usne apne duniya khadi kar di. The Big Bull, mother of all scams." The teaser, set in the '80s, how Abhishek Bachchan's character changes Mumbai's stock world by pulling off "the mother of all scams."

The Big Bull, which was earlier slated to release on October 23rd last year, will now premiere on Disney+Hotstar on April 8th. Its trailer will release this Friday.

Sharing the teaser on Twitter, Abhishek Bachchan wrote: "Introducing The Big Bull... The mother of all scams! Trailer out on March 19. #TheBigBull releasing on April 8 only on Disney+Hotstar.

Watch the teaser of The Big Bull here:

Introducing The Big Bull... The mother of all scams!!! Trailer out on 19th March. #TheBigBull releasing on 8th April only on @DisneyplusHSVIP, stay tuned! #DisneyPlusHostarMultiplex
@Ileana_Official@nikifyinglife@s0humshah@kookievgulati@ajaydevgnpic.twitter.com/U4v3S6odZj

The Big Bull also stars Ileana D'Cruz, who plays the role of a journalist in the film. Abhishek Bachchan and Ileana co-star with Nikita Dutta, Sumit Vats, Ram Kapoor, Sohum Shah and Lekha Prajapati in the film.

Last year, Abhishek Bachchan and Ileana D'Cruz introduced their respective first looks from the film on social media. In case you haven't seen them yet, take a look now:

In terms of work, Abhishek Bachchan will also be seen in Diya Annapurna Ghosh's Bob Biswas.