The Batman Trailer: Robert Pattinson Is The Darkest Knight In A 'Riddling' State Of Affairs

The Batman trailer: "I am vengeance" pretty much encapsulates the essence of the caped crusader's persona 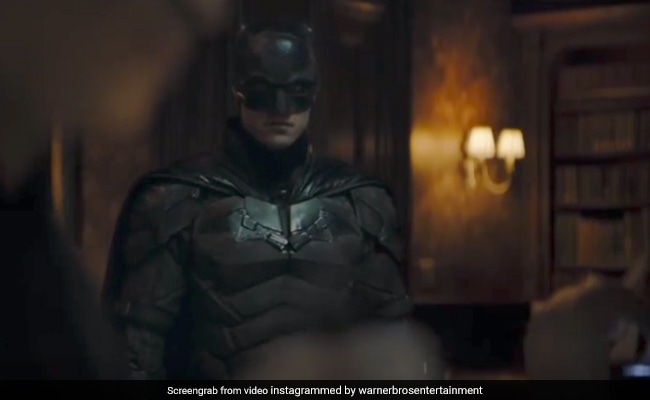 The Batman trailer: Robert Pattinson in a still from the film.(courtesy: warnerbrosentertainmen)

Attention folks! The 'knight' that we have been waiting for is finally here. The much-awaited trailer of Matt Reeves' The Batman, featuring Robert Pattinson released at the DC FanDome (a virtual event where big announcements about DC universe were made over the weekend) and has taken the Internet by storm (no surprises there). Gotham's Dark Knight looks much different this time, courtesy Robert Pattinson, who plays the titular role. To begin with, the Batsuit is not the only difference in this version of Batman. He also has a different approach altogether - more of a vigilante. Let's just say that his dialogue "I am vengeance" pretty much encapsulates the essence of the caped crusader's persona. Meanwhile, the closest we get to seeing The Riddler (Paul Dano) in the trailer is through his riddling postcards addressed to Batman. Zoe Kravitz takes charge as Catwoman and we also got glimpses of Jeffrey Wright as Commissioner Gordon.

Meanwhile, the jubilant mood of fans over the release of The Batman trailer is reflected on social media - on Twitter, #Batman has trended all day. Without much ado, check out the trailer here:

The film was originally supposed to be released on June 21, 2021 but because of the coronavirus pandemic affecting production,The Batman got a new release date. The film is now slated to release October 1, 2021 in cinemas worldwide.

Before Robert Pattinson, the Batman cape has been worn by actors such as Christian Bale, George Clooney, Michael Keaton, Ben Affleck and Val Kilmer.