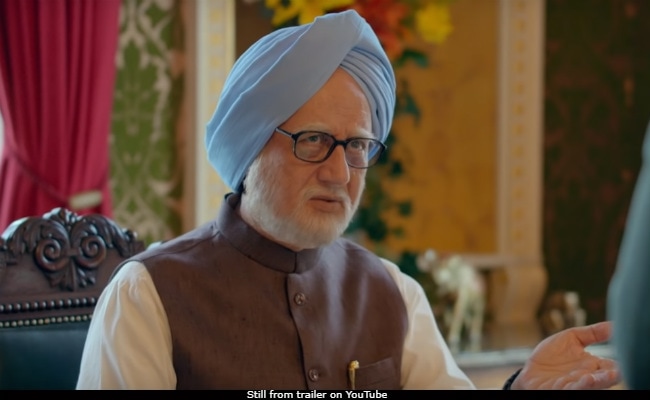 The much-awaited film The Accidental Prime Minister found itself in the midst of a controversy in the last leg ahead of its release. A plea has been filed in the Supreme Court against a previous order of the Delhi High Court, which had dismissed a petition seeking ban of the film's trailer but The Accidental Prime Minister will find its way to the theatres tomorrow. The film is based on the book of the same name by Sanjaya Baru, who served as Dr Manmohan Singh's media advisor. Akshaye Khanna has been cast in the role of Mr Baru in the film, which has been directed by Vijay Ratnakar Gutte.

The Accidental Prime Minister featured in headlines not just for the controversies but also because of Anupam Kher's stunning transformation into the onscreen persona of the former Prime Minister. Mr Kher, who has stood by the film and advocated for the accuracy of the depiction of the characters in strong words, referred to his portrayal of Dr Manmohan Singh as "my life's best performance." The film has been accused of misrepresenting Congress' internal politics ahead of the 2014 Lok Sabha elections and appears to portray Dr Manmohan Singh at the receiving end of a manipulative power struggle.

Earlier this week, Anupam Kher also shared a time-lapse video of his make-up session and wrote in the caption: "Making of Dr Manmohan Singh: This is a 20-sec time lapse video of a two hour job done by my great make and wardrobe team... I couldn't have done this role without you."

Making of #DrManmohanSingh: This is a 20sec time lapse video of a two hour job done by my great make and wardrobe team. Thank you dearest Abhilasha for your brilliant costume design, #SurindrasNaturalHairTeam Bala, Pranay, Deepak, Rishi, Mangesh and Jaspreet. I couldn't have done this role without you. #TheAccidentalPrimeMinister #SwipeLeft @tapmofficial