"Thanks For Being My Strength And Conscience": Varun Dhawan's Adorable Birthday Post For His Mother Karuna 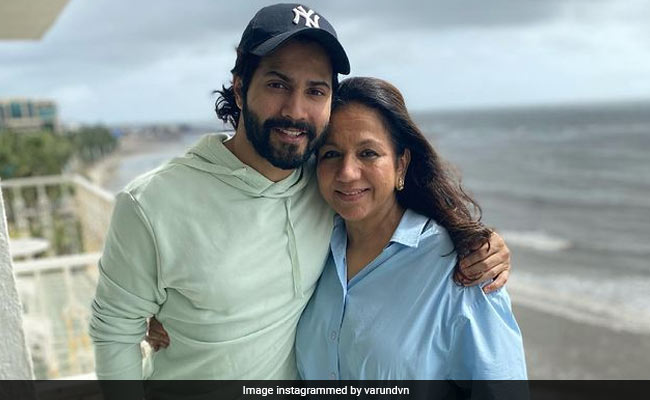 Varun Dhawan, on Saturday, dedicated a post to his mother Karuna Dhawan, popularly known as Laali, on her birthday. The actor posted two adorable pictures of himself and his mother posing for the camera in the balcony of a sea-facing apartment and thanked her for being his "strength and conscience." In the picture, birthday girl Laali looks pretty in an oversized blue shirt while Varun looks cool, as usual, in a pastel green sweatshirt and denims. "Ma's birthday. She always puts the happiness of others before herself. Thank you for being my strength and conscience," the actor wrote in his birthday greeting for his mom. Reacting to Varun Dhawan's post, Katrina Kaif and Dia Mirza dropped red heart icons in the comments section.

Here's how Varun Dhawan wished his mom on her birthday:

On Laali's birthday last year, Varun Dhawan picked a photo from his family album and wrote this heartwarming note for her: "Happy birthday, ma. The strongest person I know. From making furniture, being a nursery teacher, taking us on bus rides for sports practice and making me take my first acting workshop to so much more...You truly are the one."

Varun Dhawan, son of filmmaker David Dhawan, made his debut in Bollywood with Karan Johar's 2012 film Student Of The Year. His film credits include Badlapur, Dilwale, Sui Dhaaga, Humpty Sharma Ki Dulhania and ABCD 2. He was last seen in Coolie No 1.

Varun Dhawan has a couple of films lined up, including Jug Jugg Jeeyo and Bhediya.