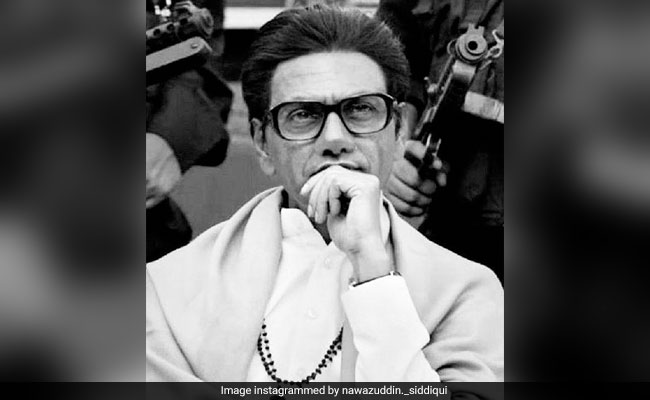 Nawazuddin Siddiqui in a still from Thackeray (Image courtesy nawazuddin._siddiqui )

Nawazuddin Siddiqui's Thackeray, biopic on the life of late politician Bal Thackeray, has collected Rs 1.20 crore on Day 5 (Tuesday), a Box Office India report stated. The Abhijit Panse-directed film's collection "went down further" on Tuesday. Thackeray is expected to collect over Rs 15 crore in the first week. "Thackeray (Hindi) went down further on Tuesday as it took its total to Rs 13.05 crore (nett) in its first five days and the week will finish at around 15 crore (nett) plus. The film will be out in most places barring Maharashtra in the second week," the Box Office India report stated.

Thackeray opened to mixed reviews on Friday. In his review for NDTV, film critic Saibal Chatterjee gave the film 1.5 stars out of 5. However, he was all praises for Nawazuddin Siddiqui's performance, who plays the titular character in the film. "Nawazuddin Siddiqui absolutely nails it - another glowing feather in a bulging cap. He is so good that the film needs nobody else to propel it forward. What is worrying is that the biopic draws strength from the performance and stops at nothing to put up a spirited defence of a political career built on untrammeled power and prejudice," he wrote.