Team Dishoom Met Indore's Moonwalking Cop. It Was a Thriller 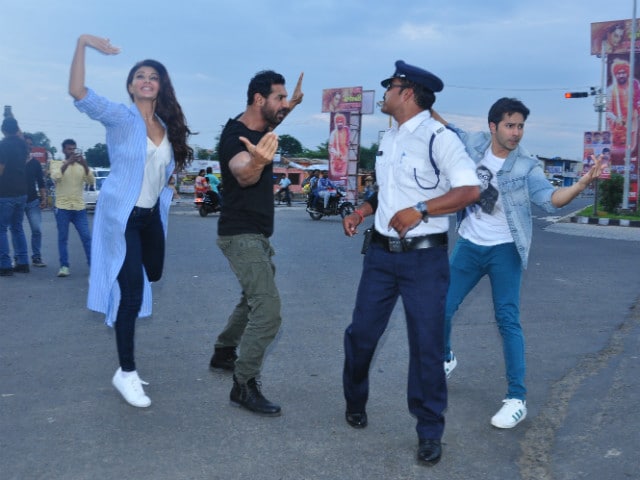 Jacqueline, John and Varun photographed with Ranjeet Singh in Indore.

New Delhi: A visit to Indore was no cakewalk for Team Dishoom. It was a moonwalk.

Actors John Abraham and Varun Dhawan track down criminals - some smooth, others not - in this Friday's buddy cop movie and they met a real life policeman while promoting Dishoom in Indore last weekend. With co-star Jacqueline Fernandez, John and Varun met Ranjeet Singh, the traffic cop who previously made headlines for his moonwalking skills and is known as the local Michael Jackson.

When with Ranjeet, do as Ranjeet does.

Jacqueline, Varun and John helped the cop managing traffic on the busy streets of Indore. A good time was had by all - just look at those expressions. 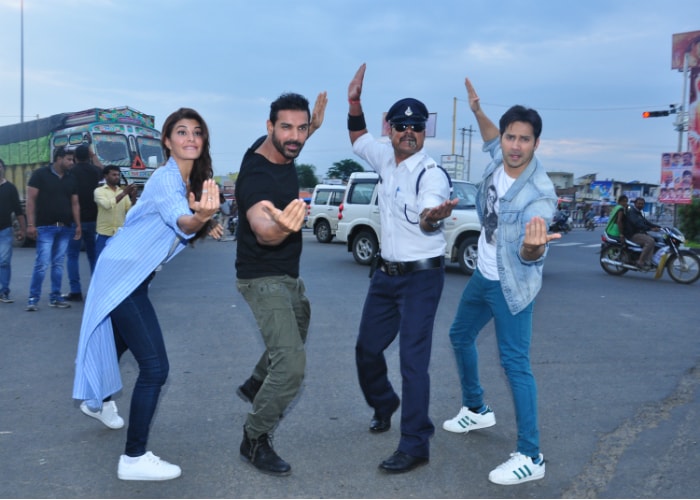 Beat it.
Here's how Ranjeet moonwalks on duty. Smooth, so smooth.

Last year, a video of Ranjeet Singh moonwalking went viral. Explaining why he dances, Ranjeet Singh says in the video, "When the public sees me doing my job like this, they admire me and follow the rules."

And now maybe the recalcitrant public will admire the Dishoom trio as well and keep following rules.

Directed by Varun's brother Rohit Dhawan, Dishoom also has cameos by actors Akshay Kumar and Nargis Fakhri. As a bonus, Parineeti Chopra features with Varun in the songJaaneman Aah, her return to screen after she took a year off to work on her fitness. Hers is not the only comeback - actor Akshaye Khanna plays the antagonist in the action-comedy.

Rohit Dhawan directed both Akshay Kumar and John Abraham in Desi Boyz. Dishoom is his first collaboration with Varun.